Anton will be building a new performance instrument ("Prepared Camber") based on the ideas of British composer Hugh Davies (1943–2005), an experimental musician, musicologist, and composer, who became well-known in avant-garde and improvised music circles for his unique and often playfully eccentric musical instruments, self-built using every-day objects and found, re-purposed materials. See below for more info about Hugh Davies.

On the weekend of 12 & 13 March Anton will be leading a two day workshop where participants will build their own performance instrument. All materials will be supplied but workshoppers are encouraged to bring their own effects pedals and any objects they would like to integrate into their instrument. You will be using all manner of everyday objects such as springs, egg slicers, wire. The sounds will be amplified by piezo-electric contact microphones. There will be an opportunity to perform your instrument on the Sunday afternoon.

Biscuits, tea, coffee and soft drinks will be provided throughout the weekend

About Hugh Davies :
Hugh Davies (1943–2005) was an experimental musician, musicologist, and composer, who became well-known in avant-garde and improvised music circles for his unique and often playfully eccentric musical instruments, self-built using every-day objects and found, re-purposed materials.One of Davies’s instruments, called the Shozyg (built in 1968), consisted of three fret-saw blades, a ball-bearing mounted furniture castor, and a small metal spring, mounted inside the covers of a book. (The book happened to be an encyclopaedia covering the alphabetic range of topics from SHO to ZYG—hence the instrument’s name.) These objects were amplified via piezo-electric contact microphones, such that the tiny vibrations—otherwise practically inaudible—could be heard via loudspeakers. It was designed to be played with the fingers, or with the aid of accessories like screwdrivers, small electric motors, toothpicks, etc.
A brief video of Davies playing the Shozyg can be seen here: https://www.youtube.com/watch?v=wPT9A0IsGgs.
From 1970 onwards, Davies built a family of a dozen instruments that he called Springboards. These comprised a number of springs—anything from one to more than twenty—mounted on wooden blockboard in various different arrangements, and amplified via electromagnetic pickups mounted in holes chiselled out of the blockboard. On some of the Springboards the springs were mounted in parallel, rather like the strings on a stringed instrument; in others they were mounted in a ‘fan’ shape. In some of the later Springboards, interesting effects were achieved by connecting springs together in a ‘web’. The Springboards could be plucked, played with accessories, or ‘bowed’ with a single hair from a violin bow.
Davies built over a hundred instruments in his life time. For some further discussion of Davies’s instrument-building practice, its background, and subsequent influence, see: https://hughdaviesproject.wordpress.com/2015/03/23/conference-presentation-on-hugh-daviess-self-built-instruments/.

The arts programme at Access Space is supported using public funding by Arts Council England
This workshop is hosted in collaboration with Access Space (http://access-space.org/) as part of an Arts and Humanities Research Council funded project, ‘Hugh Davies: Electronic Music Innovator’, led by Dr James Mooney (University of Leeds) in partnership with Dr Tim Boon (The Science Museum, London). Some further information on the project can be found here: http://hughdaviesproject.wordpress.com. 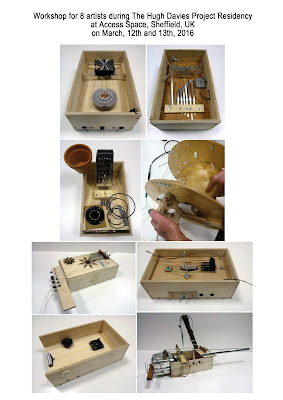 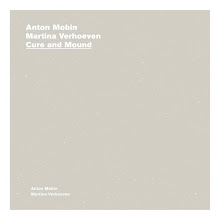