A day in the life on STAALTAPE 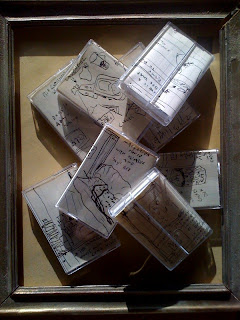 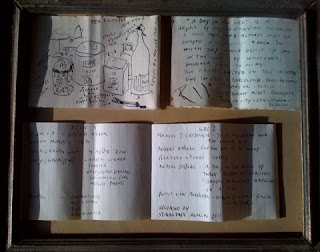 Side 2
Manuel J. Grotesque – Jack Nicholson and the cocker dog
Robert Habarc – for the love of a sheep
Barbara Lazarà – today
Anders Ostberg – a day in the lives of three buddha electronic praying machines hanging in a tree
Rinus van Alebeek – when I came back from Paris

This selection of compositions is the result of an invitation I sent out to nine sound artist. I asked them to create a four minute composition that would portray a day in the life of someone or something or them selves.

Various genres come together, from spoken word to fluxus, from field recordings and sound poetry to radiophonica.

Every single track is a portal to an imaginary situation. Oier’s sound track would have made saturday night fever a better movie, Anton’s condensed composition has the lightness of his Parisian roof top apartment and its view over the roofs. Yin Yi’s elegant use of field recordings juxtaposes with Robert Habarc”s working class reality. Manuel’s and Anders’ absurdites seem to complete each other. Barbara and Margarida are the comforting center points of every side. The Berlin based Italian couple Mat Pogo and JD Zazie offer an insight in tbeir daily life.

The actors on this tape are based in different cities around the world. Side a : Barcelona Paris Brussels Shang Hai Berlin
Side b Buenos Aires Budapest Mexico City Eskilstuna Berlin

The cassette is available at staalplaat store or directly from the artists. Each cassette has a unique cover, made with pen and ink by yours sincerely.

The Staaltape tapes are curated and produced by Rinus van Alebeek, who also writes the entries on this blog. 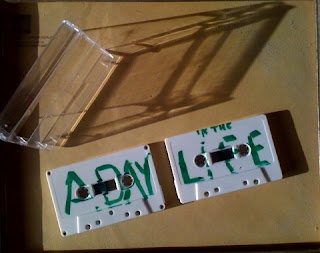