Created in May 2009, "A Maïzing session with..." is a radio show broadcasted on the KKWNE webradio dedicated to live improvised music and organised at the Maïzing Studio in Paris, by Anton Mobin. The program is established according to the meeting of several artists who come on tour to Paris. In the first season (May 2009-May 2010), "A Maïzing session with..." was 13 radio shows with 22 international artists. The second season is on the same way... 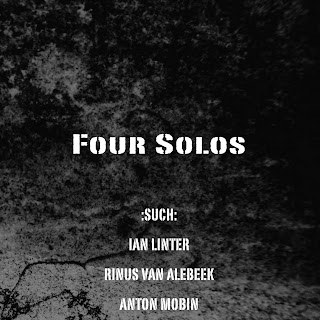 "Short Ethernal Light Meditattion" by :such:
"Not After F Minus" by Ian Linter
"Meetings With Remarkable Daughters" by Rinus Van Alebeek
"Actio-Mass Mission" by Anton Mobin

The first meeting with :such: was during the Estafette Rue Cassette in Paris in June 2010.
:such: plays an heavy and dense ambient with a fine meditative touch. He played on two prepared tape desks by the great Doctor AxDelbor of the collective H.A.K.
:such: is also animator of the Crudités radio show.

Ian Linter is an original member of the Portuguese underground collective produções Ganza, co-founder of OFF/BRUMA netlabel, and also many other sonic entities, like the non-stop webradio Strange Frequencies Channel, under the ASP label. He records under several names but always in different aesthetics, like OLoF NiNe, ACT9, Airf’Auga or La Main Traumatique with Joséphine Muller, among others...
His creations are electro-organic immediatism in any possible structure, through a real-time feedback series of necessary events...

Rinus is an imminent member of the Berliner underground scene. Musician, curator, writer, cassetteur, he plays with Angie Yeowell, De Drones with Raoul Haarmannero, Diktat, Jeudi Pop among many other collaborations. He’s also co-animator of the radio show “Radio On” with Adrian Shephard. Also, note that OFF/BRUMA was pleased to release offb007 dnasnow/mouseup - 7 with Zan Hoffman, in 2008.
Last but not the least, Rinus van Alabeek is the curator and producer of Staaltape, the cassette division of the famous Staalplaat label.

Concrete music composer & radio producer addict of field recordings.
Co-curator of the collective H.A.K. and curator of the Improvisators Network.
Objects manipulator & improvisator experienced due to several meeting with international artists which one of the most important was certainly with Rinus van Alebeek in Berlin.
Always in search for new articulations between objects, manipulations, and interaction with his own body. A crack, a fold, a brightness, a jolt in the plan of the sound, a convexity of surface...

Complete Downloads available in 256kbps MP3 and .Flac + pdf text
and coming later, the first tape release on Off/Bruma !
Thanks to Ian Linter !!!