Vladislav Buben, well known under the name Buben, is a sound artist and an imminent pioneer of the underground scene in Belarus.
The connexion between Buben and Anton Mobin was established by Rinus van Alebeek a few months ago, when Rinus asks Anton a technical help to digitalize sounds from a tape which was used by Buben to compose the great album released on Clinical Archives: Moral Transformations (ca377).

After this technical support, Buben naturally asks Anton if he have some sounds to send him to start a new collaboration. Of course, Anton Mobin had sounds and he is always interested in new connexions and web collaborations. Sharing sounds with Buben was very spontaneous; Anton picked up in his sound bank many different textures, like extracts from Live improvisations, radio fragments, Field recordings and everyday life moments.

Then, Vladislav Buben was alone to compose, assembly, edit and mix all the materials.
The real and unique composer still being Buben, in this release!
Listeners must know that nothing in Creation is an easy thing and to complicate the story the first version of this collaboration was killed by Buben's laptop, which hard disk has burned!!
The revenge was terrible and it's not one album, but two albums that Buben recorded in two completely different aesthetic !! One influenced by "darkbeat" and the second more "experimental"...

Please visit Just Not Normal and OFF/BRUMAwebsites, to have a complete vision on the project called:

" On the Different Side of the Objects " 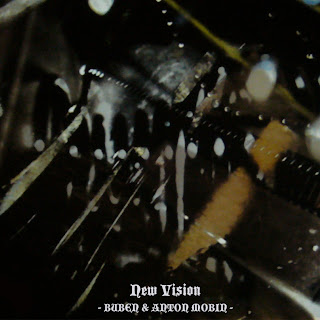 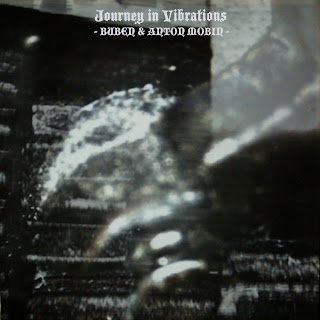 Many Thanks to Mark Stolk at JNN and Ian Linter at OFFB to synchronize their efforts for releasing these 2 albums on the same day; December 7th, 2010... 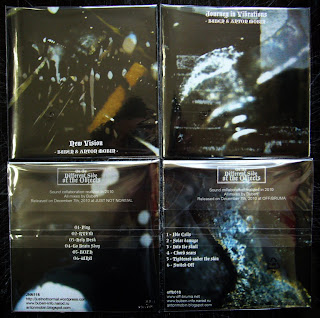