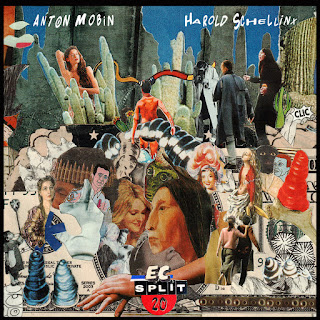 You can also find it at the EC Index page at Bandcamp:
https://electroniccottage.bandcamp.com/indexpage

« Principe d'Intersection » These 24 'lullabies for a sick world' were composed and recorded (in the months August, September and October) of this so dramatic year 2020 by Anton Mobin and Harold Schellinx. They were made in pairs, using what they call the 'intersection principle', a working method that resulted in these 2 x 12 highly personal compositions, all in the respective authors very own style, that, however, pairwise have a 'melodic' overlap -their intersection- and the exact same duration. Think of these intersections as the spines of a species of two-winged creatures, where each wing corresponds to one of the two corresponding pieces. But as the creature may flap and fold its wings, there is, as a consequence a third dimension: you may collapse each pair into a third one, the mix or union of the two ... For more information see the pdf file that comes with the digital download, or visit  harsmedia.com/SoundBlog/Archief/00858.php 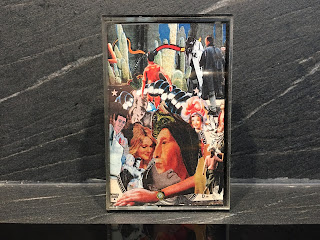 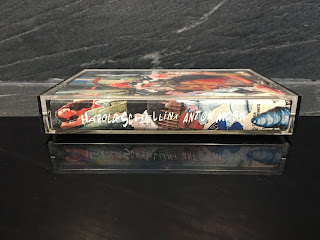 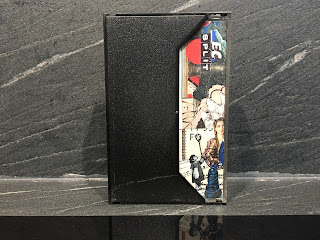 Our pairing by initiator and curator Hal McGee for the production of a 2 x 30 minutes sound work as part of the Electronic Cottage ‘Split’ project was an unexpected but very nice surprise. We know each other well, and—as partakers in the small Parisian under-world of cassetteurs and electroacoustic improvisors—have had the pleasure of performing and recording together on many occasions over the past fifteen years or so.

And even though the idea of the EC-Splits prohibits sonic and musical collaboration in the usual sense of producing a joint work, it was clear from the start that both of us wanted very much the eventual result to be a dual and/or complementary expression emanating from some basic, unifying idea. The same story, but told in two different ways.

It also was clear from the very start that if there were to be a story, if the music was about something other than itself, that other could be no other than related to our personal living and experience (in Dutch: be-leving) of these utterly weird and dystopian times.

It also went without saying that each of us was to hear the other’s version and way of telling the story only at the very end, with all composing, recording and mixing finished and done. These constraints and desires almost instantly led us to formulate a simple idea and rule for our collaboration. 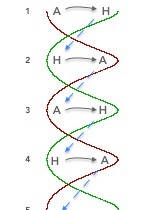 Here is how it worked.

We composed and recorded the Split in an alternating chain. Anton did his first, then I did my first. I then did my second, after which Anton did his second. Then Anton did his third, and me my third… and so on, descending like along the double helix of a musical DNA ... And on each level, the one of us who’s turn it was to do the first piece of that level, would forward his piece’s—we called it—melodic track to the other, who then would start composing and recording hispiece for that level taking into account precisely this code from the other's piece. Without, however, using the received track literally as part of the recording. In practice that meant: importing the track as part of the multitrack for a piece, but muting it—or at the very least almost all of it—in the mix.

This then are the intersections in which our individual pieces overlap, and which therefore—pairwise—have the exact same duration (which basically is that of their intersection)...

You can see each of the intersections as the spine of a two-winged creature, where each wing corresponds to one of the two pieces. But as the creature may flap and fold its wings, there is as a consequence a third dimension: you may collapse each pair into a third one, the mix or union of the two...

We did not beforehand agree on any particular limits for the duration of the pieces in each of the ‘levels’, but quite naturally these turned out to stay within the time-bounds of, say, the average popsong: the shortest is 1’32”, the longest 3’36”, and in the end we had 24 of them: 2 x 12.

Anton started our working chain. He sent Harold a first intersection on August 12th, and we continued the realisation of our Split consistently and with near clockwise regularity. Harold sent Anton the twelfth and final intersection on October 21st. We finished work on the audio part the weekend of October 24th, little more than a week before the project’s ultimate deadline.

As to the instruments and other means used in the composition and recording of the pieces, there were no restrictions other than the practical one, being that all was done with what each of us had available at his home.
Anton’s compositions make use of all of the instrumental vocabulary that he disposed of in his studio at home in Orléans, and I, apart from the piano and Korg MS20, on this particular occasion also dusted off guitars, vintage organ, toy piano... The pieces in Anton’s strand of our ‘double helix’ together form a highly dynamic collage of music and sounds, angular, spiky, and full of surprises, in an atmosphere that is unmistakably pandemic, with whirling corona-infected absurdist grooves that continue to emanate from his rich palette of provoking, challenging as well as amusing and at times headache-provoking sonic (ánd rhythmic) processes. The twelve compositions also feature members of his family, speaking, singing, screaming, and playing the beatbox, piano, guitar or, quite notably, a jumping rope. It gives his work a touch of a juvenile sense of humour that nicely transcribes the situation of these months of living-all-together through a global pandemic.

Several of Harold’s pieces feature vocal recordings that recount stories within the story. There is a preacher woman reading from the bible to the vast emptiness that surrounds her on the Place d’Italie, someone’s softly singing on the subway, a man remembers himself, speaking on a tape found in London many decades ago, and Harold’s extremely drowsy self tries to capture, on his cellphone’s dictaphone, the essence of a pandemic dream in which a masked man sitting in the corridor of a deserted building instructs him to take the path that’s to his right. These make for some of the steady strokes, lifelines in a brittle grid of music built from fleeting melodies, random notes and wavering chords played on many different instruments, in all sorts of ways. From the flute that tries to copy the blackbird that during the days of the Parisian lockdown for many, many weeks continued to come loudly sing early mornings in his backyard, via fuzzed electric guitars, the acoustic one that someone sometime one day left behind in his home, the piano, an electric organ, a viola, saxophone, real and software synths, on to parts played and recorded on a Switch game console, with the instruments that can be had in Nintendo’s Animal Crossing video game, one of this pandemic’s big capitalist-escapist hits. 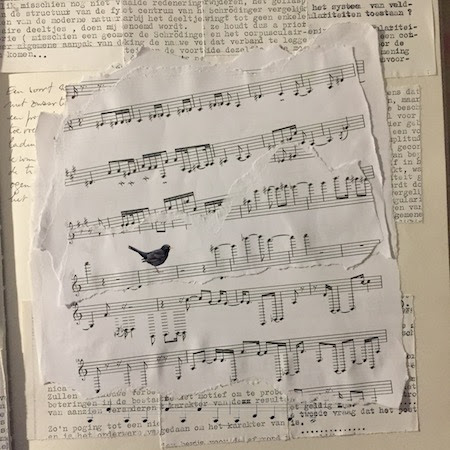 Bits of Harold’s piano playing originally were improvised and recorded around and along to the clapping, clanking, shouting and banging at the daily corona-ritual that also in his neighbourhood people performed on their balconies and in opened-up windows for a couple of minutes every evening starting at eight, from the first to the last day of the French corona lockdown, when this practice came to a sudden end. His twelve pieces start ánd end with a recording of a such ritual.

Together these 24 pieces (the number, indeed, is significant) are our modest offering, a gift of music from and for a sick world.