" LAST OF THE THREE " with Jasna Veličković 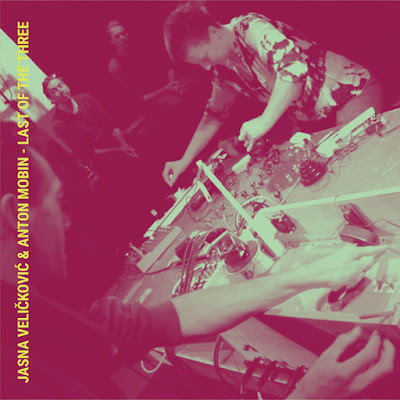 LAST OF THE THREE


<iframe style="border: 0; width: 350px; height: 470px;" src="https://bandcamp.com/EmbeddedPlayer/album=3359745594/size=large/bgcol=ffffff/linkcol=0687f5/tracklist=false/transparent=true/" seamless><a href="http://middleeightrecordings.bandcamp.com/album/last-of-the-three-aaba-18">LAST OF THE THREE [AABA#18] by Jasna Veličković &amp; Anton Mobin</a></iframe>
Jasna Veličković and Anton Mobin met for the first time at an earlier Instrument Make Play event, where they presented their self-invented instruments. Since then it was clear to them that they wanted to work as a duo, because their approach to the instruments and the aesthetic that they developed individually is complementary in their music.

Originally from Belgrade, classically trained composer and performer Jasna Veličković developed the Velicon; a metal surface with magnetic objects and handheld coil pickups. She uses existing fields around us to create an electromagnetic field scape bringing sounds of interference and magnetic fields to the forefront.

The French musician, improviser and experimental instrument builder Anton Mobin performs with his Prepared Chamber; a resonant wooden box in which countless objects, springs and strings are organized and amplified by magnetic pickups and contact microphones. We are always in a microcosm with Anton Mobin. Little things that become audible, manipulations that end with the creation of a kind of black hole around which a whole sound world is organized.

For both instruments it is almost magical to see what sounds can be elicited by these two virtuosos. To be heard and seen as a duo for the first time during this Instruments Make Play tour.

Instruments Make Play is an initiative of collaborating organizations Klangendum in Rotterdam, Kulter in Amsterdam and De Perifeer in Deventer, and is fully focused on builders and players of self-invented instruments. Instruments Make Play activities are curated and produced by Lukas Simonis, Julie Dassaud and Harco Rutgers.

This limited edition audio cassette (only 60 copies) is released on Middle Eight Recordings (AABA#18) and on Esc.rec. (esc.rec.68). 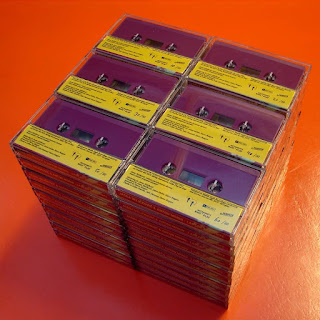 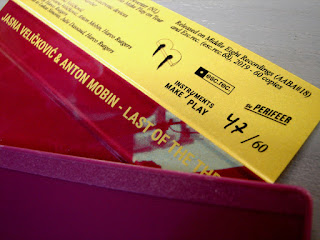 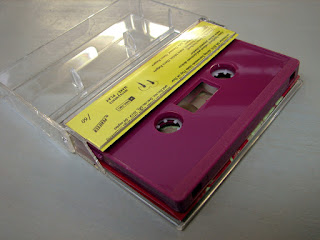 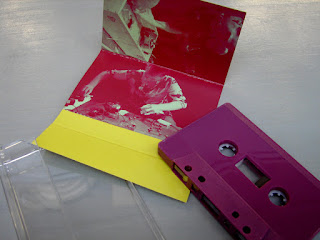 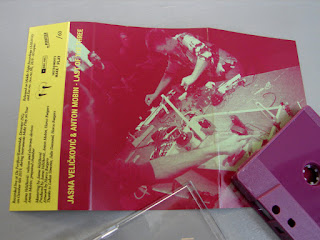 Connected to Esc Rec is one of the smallest venues I ever encountered, the lovely Perifeer space in Deventer. I think it can hold up to 20 people, providing the musicians don't take up too much space with their equipment. One of the projects they (co-) organize is 'Instruments Make Play', which features musicians creating their instruments, avoiding many traditional means. Normally a one-day event (held just a few days ago), there are also smaller events on location, and on October 6th, 2019, they hosted a concert by Jasna Veličković and Anton Mobin. The first (and yes, I am quoting the information here, as I haven't seen either performer ever live) plays "the Velicon; a metal surface with magnetic objects and handheld coil pickups. She uses existing fields around us to create an electromagnetic field scape bringing sounds of interference and magnetic fields to the forefront", while Mobin, no stranger to these pages (although not a lot) uses the "Prepared Chamber; a resonant wooden box in which countless objects, springs and strings are organized and amplified by magnetic pickups and contact microphones". With him, small sounds are guaranteed to have a big place. This cassette is a document of them playing together for the first time and it is something that worked very well. The release is short, twenty-one minutes, and cut in the middle (the download, however, is one piece) and it shows quite a loud version of improvised music, with all the nuances removed. Scratching, hitting, buzzing, hissing; it is a delicate (despite some of the volume used) mixture of the craziest, obscurest sounds, playing around with acoustic objects, bending them generate odd frequencies, set against the electromagnetic waves picked up by Veličković. It all ends with a bang; four minutes or so of pure noise improvisation, but I guess that's how these things usually come to an end anyway. (FdW)


Review by KN in Yeah I Know It Sucks
yeahiknowitsucks.wordpress.com/2020/01/15/jasna-velickovic-anton-mobin-last-of-the-three/

This is an audio adventure made with the self invented instruments by Jasna Veličković & Anton Mobin and their respective players (which are they themselves) . We can quote the provided information about these instruments and copy background information about their creators, but as you could read it al on the release page – I prefer (if you don’t mind) to focus on the adventure itself instead.

It starts quite bombastic and strange, as if we are going through a barn with odd looking animals that quickly reveal themselves for a bit in order to make some space for the rattling sound of a snake to flourish, along with the other audio happenings that are highly speaking to the imagination. It immediately feels as if the door had fallen into its lock behind us and the barn had been prettily decorated in darkness leaving a lot to guess what’s in there with us.

The only consistency in the early stages of the journey is the rattling snake, along with deep purrs that might be coming from a massive cat-like creature that might devour us if it ever wakes up. The sound of our subconscious mess trying to unlock the doors are helping to generate the feeling of helplessness and slight claustrophobia. The high audio bits of mystery play little mind games that might give you a reason to change your underwear when the adventure is all said and done. Accidents can happen!

There will be a moment in which the wild animals seem to be slightly disturbed, maybe even entertained as they seemingly munch upon a previously locked-in listener. I guess as long as nobody or no creature will touch us, it’s presumable safe to keep standing still without making a sound ourselves. Similar advice you can hear from people telling you what to do when encountering an angry beet; just stand still and whatever you do; don’t run away!

luckily the inhabitants in this dark shed are noisy enough to cover up our breathy sounds and shrieks of high pitched soft prayers for help. It’s an intense situation this adventure, similar to the act of placing your head into a well trained lion at the circus and hoping the animal wouldn’t snap its jaw into a closed state with your face in the middle. Risky but fun!

Half way the sound of footsteps can be heard, making me wonder if it’s my own body trying to get away or that there are some other listeners in this dark situation trying to survive the mysterious monsters that seemed to be lurking inside. You can hear the lion-like growls bursting out, probably awoken by whoever made these nervous steps in the unrevealing blackness. Everything in the barn seems to becoming alive, arising excitedly from their veggie state to buzz, howl and slightly frighten any reasonable visitor within this realm.

It’s an adventure that feels like being locked in a escape room but escaping seems only possible by staying, facing your fears and sitting it through and trying to not give into going for a full time panic mode. A hard thing to do as the mysterious creatures turn into grotesque sounds that might or might not be hungry for listener’s meat. If only we had brought a flash light or could find a light switch in order to reveal the beasts that are generating these sounds. They might be sweet, who knows? Although to be fair, if we switched them on and see Jasna Veličković & Anton Mobin with their self made instruments as depicted on the album’s cover art – it will be quite a revelation!
Fantastic work! 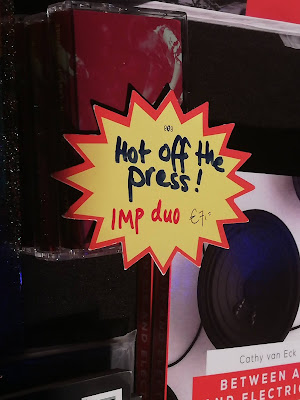