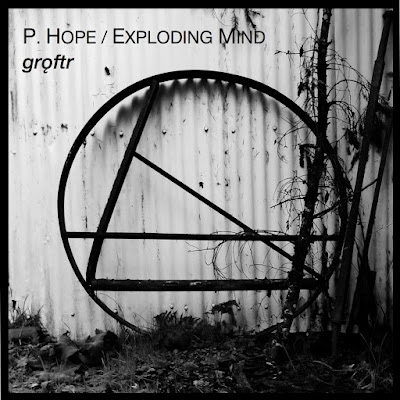 cd-r ltd edition on WRONG REVOLUTION
After completing an explosive EP of spontaneous electronic and one take vocal meltdowns under the banner of NOT NOW with Henri Sizaret I decided to apply this newly honed approach to some more diverse & pre-existing tracks. The jump-off point was the newly released s/t PLAMMM album, which had totally inspired me, and also a particularly disorientating cut that had rattled my cage whilst choosing a track to remix for Mrs Dink.

When I was in Sheffield, in the 80's & 90's, I'd been introduced to all kinds of Other Musics by old friend & collaborator Charlie Collins and ended up playing in The Bone Orchestra with Derek Saw & John Jasnoch, who, along with Charlie, were, and still are, key figures in the city's Free Music scene, so it was only natural that I was drawn towards their work. Anton Mobin had worked with Charlie & Derek back in 2017 and I'd been following his singular and fascinating Prepared Chamber explorations, PLAMM being the most recent. I didn't meet Glenn Wallis until 2011, when I played the Wroclaw Industrial Festival, despite there being numerous crossover points in our musical history, and randomly his friend Lawrence Burton made some early Konstruktivists cassette demos available which I found totally magnetic. Jeff Case & me have been exchanging messages, music and back stories for a couple of years, and the anarchic approach he has to his compositions always grab me, making him another prime candidate for my sonic misappropriations.

However, none of the musicians involved in grǫftr knew I'd been digging in their plots and grafting myself onto their inventions until i sent them the freshly damaged goods. I was nervous. What if they hated it and said no? What then? I was flying high on the freedom of all or nothing and didn’t want to come down. Just like all these unwitting collaborators creative safety isn’t part of my language. I want to be surprised and challenged by the excitement of what I do and what I hear and, in grǫftr, I knew I’d opened a new sluice of unfiltered spontaneity. I’d thrown my lot in with some seriously experienced improvisors, many of whom had been performing without a safety net for decades. I was intent on being true to the form, attacking each track without knowing what I’d do or what I’d say, just straight through from start to finish, one take or, at the very worst, one and a half. the results are raw and intuitive, the voodoo was strong and, much to my relief, everyone supported my right to be wrong.

:Medicine transplant (living tissue) as a graft: they can graft a new hand on to the nerve ends.
:Combine or integrate (an idea, system, etc.) with another, typically in a way considered inappropriate: old values have been grafted on to a new economic class • advantages or gains secured as a result of corrupt practices. mid 19th cent.
:Perhaps related to the phrase spade's graft ‘the amount of earth that one stroke of a spade will move’, based on Old Norse grǫftr ‘digging’. 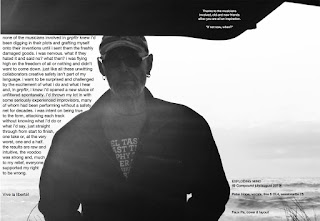 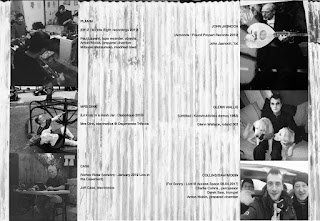 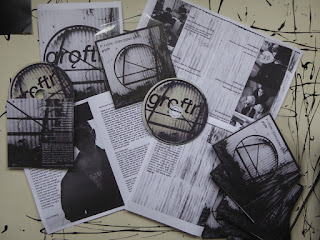 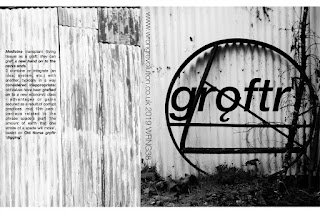 These links just scratch the surface, deeper mining is recommended.

All music written & performed by:-