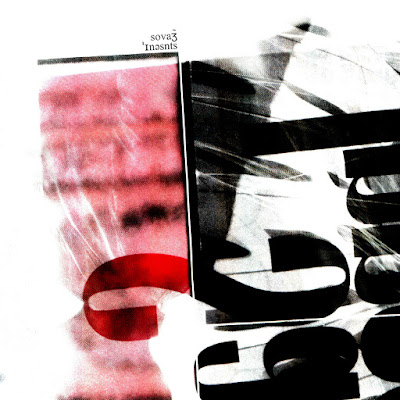 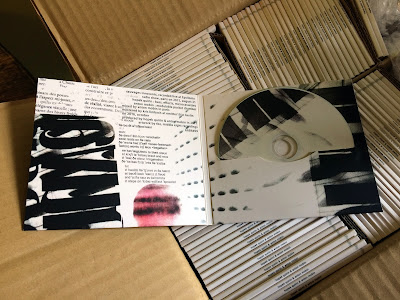 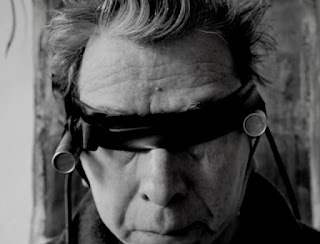 Musician, opponent, member of AADK and Classwar Karaoke,, Hopek works regularly with 6 or 7, abq, Madzaru, and has been working closely with Jochen Arbeit since the 1980s, as witnessed by the trios "Die Ich's" with Rainer Winkelvoss and "The Notorious Heffel Bros." with Thomas Thomas Wydler or even actually with Jochen Arbeit's soundscapes.

This live recording is a radio program broadcasted live after the direct part of Epsilonia radio show (epsilonia-radio.blogspot.fr/2015/08/epsilonia-20-aout-hopek-quirin-bsf.html), during the night which is called "Bande sans fin" (endless tape). This show was dedicated to sonic activities of Hopek Quirin since the 70's; a kind of active retrospective of the artist.

This album provides from an one hour session and it just has been edited in sort of obtain several tracks. Edited later and mixed by Anton Mobin, each title provide from an idea of Hopek Quirin to use absurd neologisms. I think it comes from a talk with Hopek that he wanted to say something in german had no translation in english and ever in french. He used "perturbalité". That word was the beginning.

This live recordings gathers also many "premières fois" at the same time that really deserve for us to be engraved on a disc.

First time i played live during my own radio show as it was a rule in between the team of Epsilonia when i was there; as possible, no host play live during the show. For that night i wanted to transgress this rule. First time also i bring all my gears to record the session. 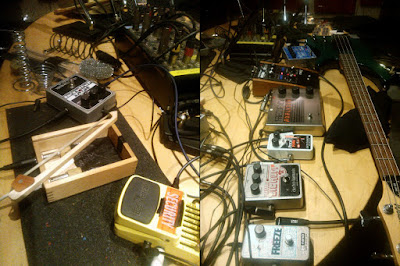 the set up at Epsilonia

First time ever i played with someone this special instrument called "modulable pocket chamber" (chambre de poche modulable). I released a studio solo on cassette as an opening edition of the label (aaba#01 : middleeightrecordings.bandcamp.com/album/ne-pas-presser-aaba-01).

Built in a very little wooden cigar box with two big contact-mics inside, two entries left-righ channels with in objects, cymbals, springs i manipulated inside the box. A miniaturized "Prepared Chamber"! (pics) which sounds very more tough, abrasive and industrial than my "traditional" ones.

Definitively the first time Hopek and me played live in duo, as our first studio album was a trio with Kris Limbach, on Emitter micro (em03 : emittermicro.com/em-003/). A live recording in Paris of this trio with Kris on video has been released on Amp-recs (amp140 : www.amp-recs.com/amp/amp140.html). One album exists on H.A.K. of the duo in a studio recording engeniered by Kris Limbach in Berlin (hak252 : archive.org/details/HAK252).

De facto, it was important to "keep" Kris Limbach with us in the making of the release and propose him to mastering the music.

And second time Hopek played my Washburn xr-400 active green bass with a full range of analog pedals plus voices and noises played on diktaphone right on the pickup ! 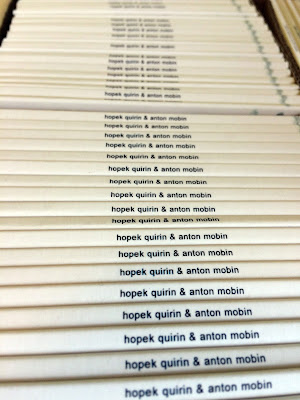 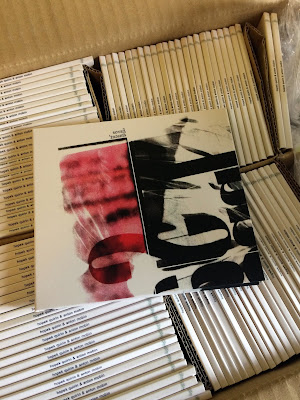 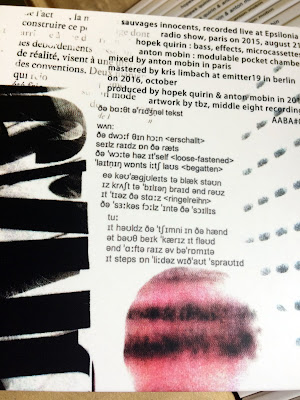 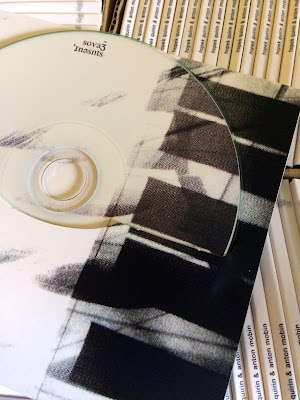 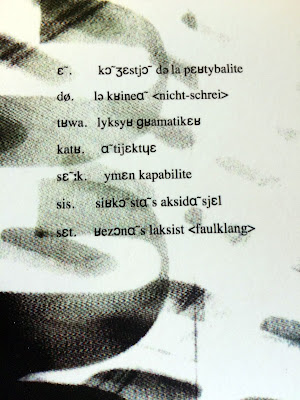