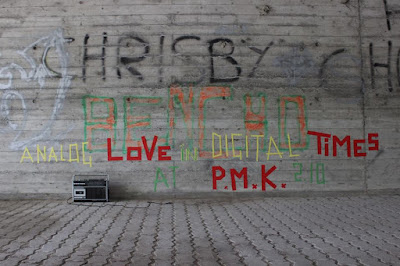 The Kulturkollektiv Contrapunkt dedicates an evening to a nearly forgotten medium: The Tape! We live in a digital world, but we grew up in an analog time. Based on the Slogan: “analog love in digital times“ we put the spotlight on the following tape-music-producing-artists at p.m.k. and present an evening with concerts, performances and installations:BRTTRKLLR + JOAK + ANTON MOBN 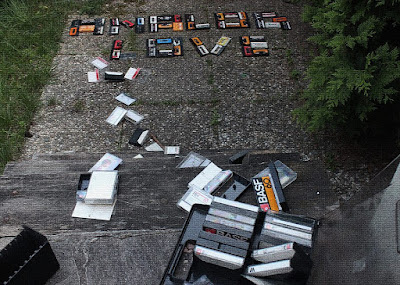 JoaK is Joseph Knierzinger. He is artist, dilettantish engineer and officially dyslexic. His artistic output is between installation,intervention, wearable devices and performances. Knierzingers exploration of the obsolete magnetic tape ranges from building computer networks with the 1/4-inch tape as carrier medium to different kind of instruments made out of old walkmans. 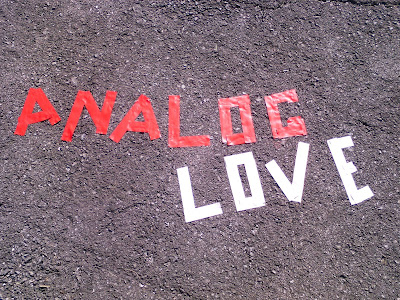 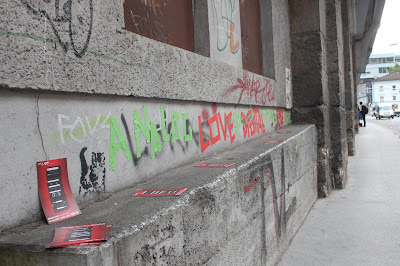 He is a dynamic element based in Paris who hardly works for the revival of the Cassette Culture. Since 2008, Anton Mobin focuses a large part of his work to find ways to use audio cassettes during his concert, composition and radio production as well as to release his music.

Anton first used to play walkman and dictaphones close to the audience around his set up and then prepare his cassettes with some pre-composition, fields recordings, live instruments. Some cassettes contain sounds played live by others friends musicians and recorded by my own, then arranged and fixed on tapes in a serie called “guests on tapes”. Another part of the prepared cassettes are “handwritten tapes” which was firstly a graphic project using blank tapes engraved with tools.
Interaction between endless tapes and microphones, live acts offer a deep focus in the laboratory, making on of the recording process in closed circuit on his set up. the game is performed on the magnetos with different accessories such as a tapehead played on transport tickets, mini sampler lofi, coil pickups...


His works with audio tapes have been edited on cassettes by well known labels such as Staaltape, HalTapes, Kassette Kult Tapes and also many labels who harshly defend productions on cassettes as Los Discos Enfantasmes, Palustre, Crustacés Tapes, Andesground, H.A.K. Lo-Fi Record..