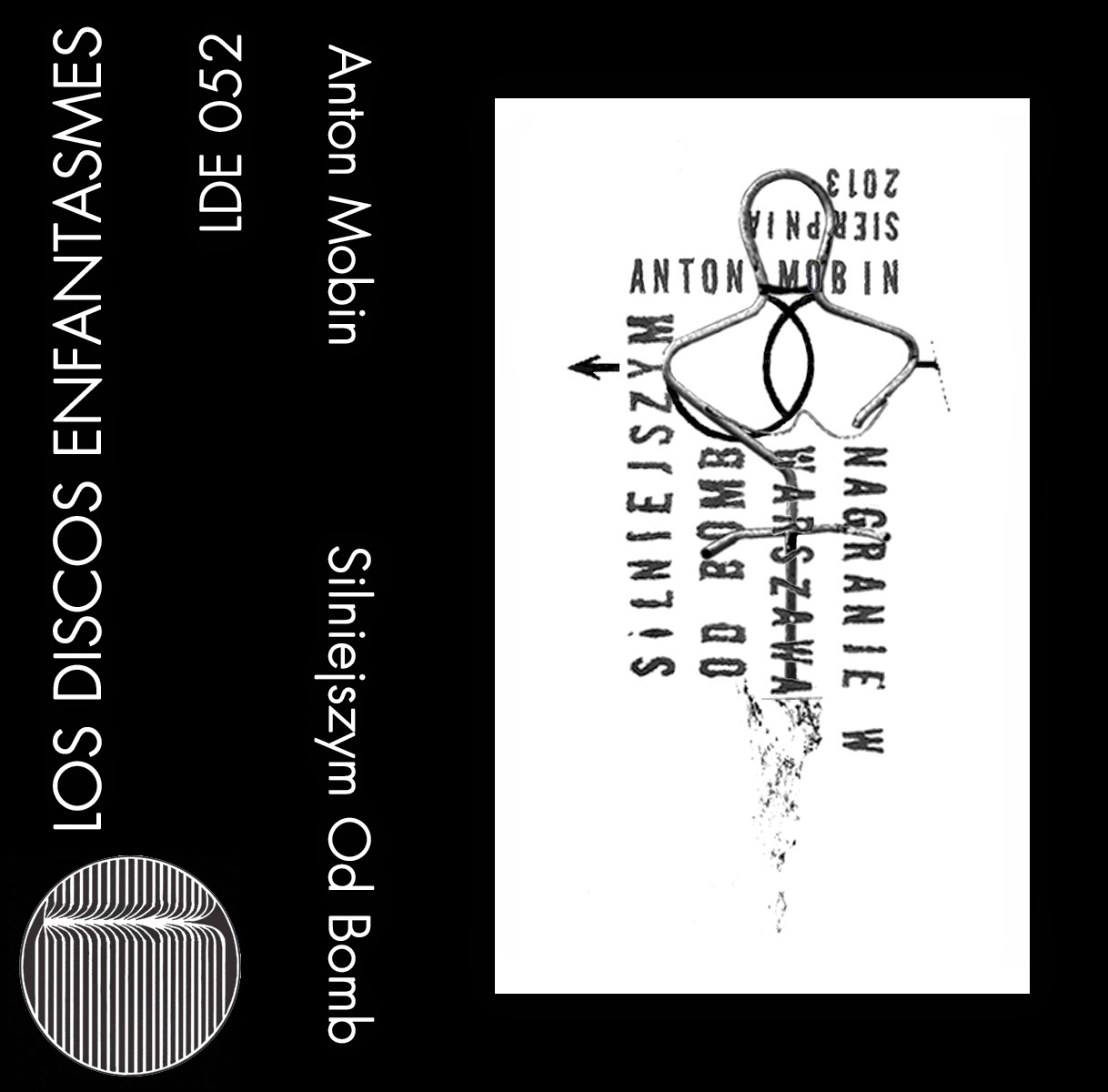 Side A
Audio journal recorded on micro-cassette in Warsaw, Poland in August 2013.
Previously released by Hal McGee for MOMA.

Side B
Cassette manipulation with sounds captured on tape in Warsaw in August 2013.
Composed at the Maïzing Studio, Paris. 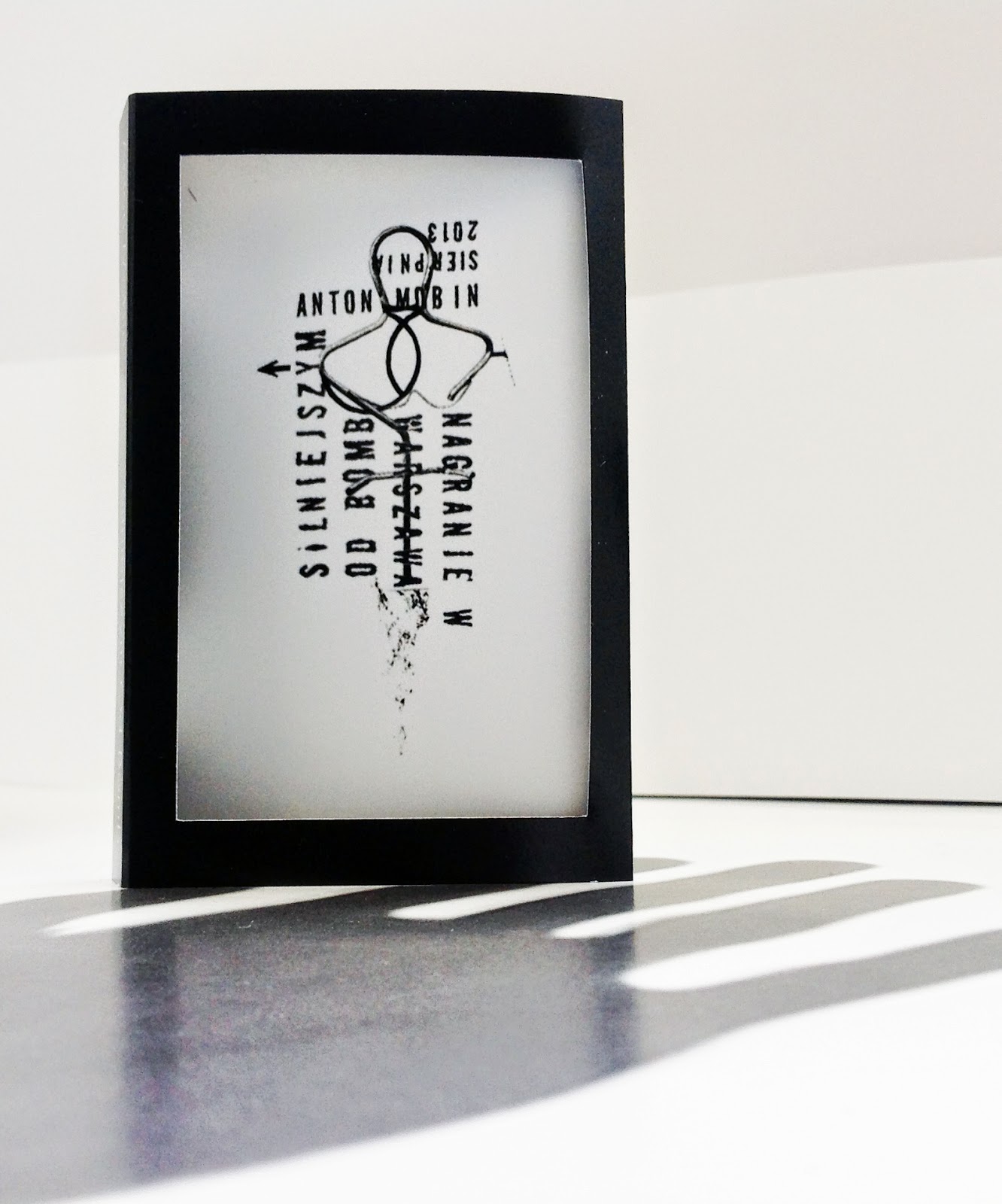 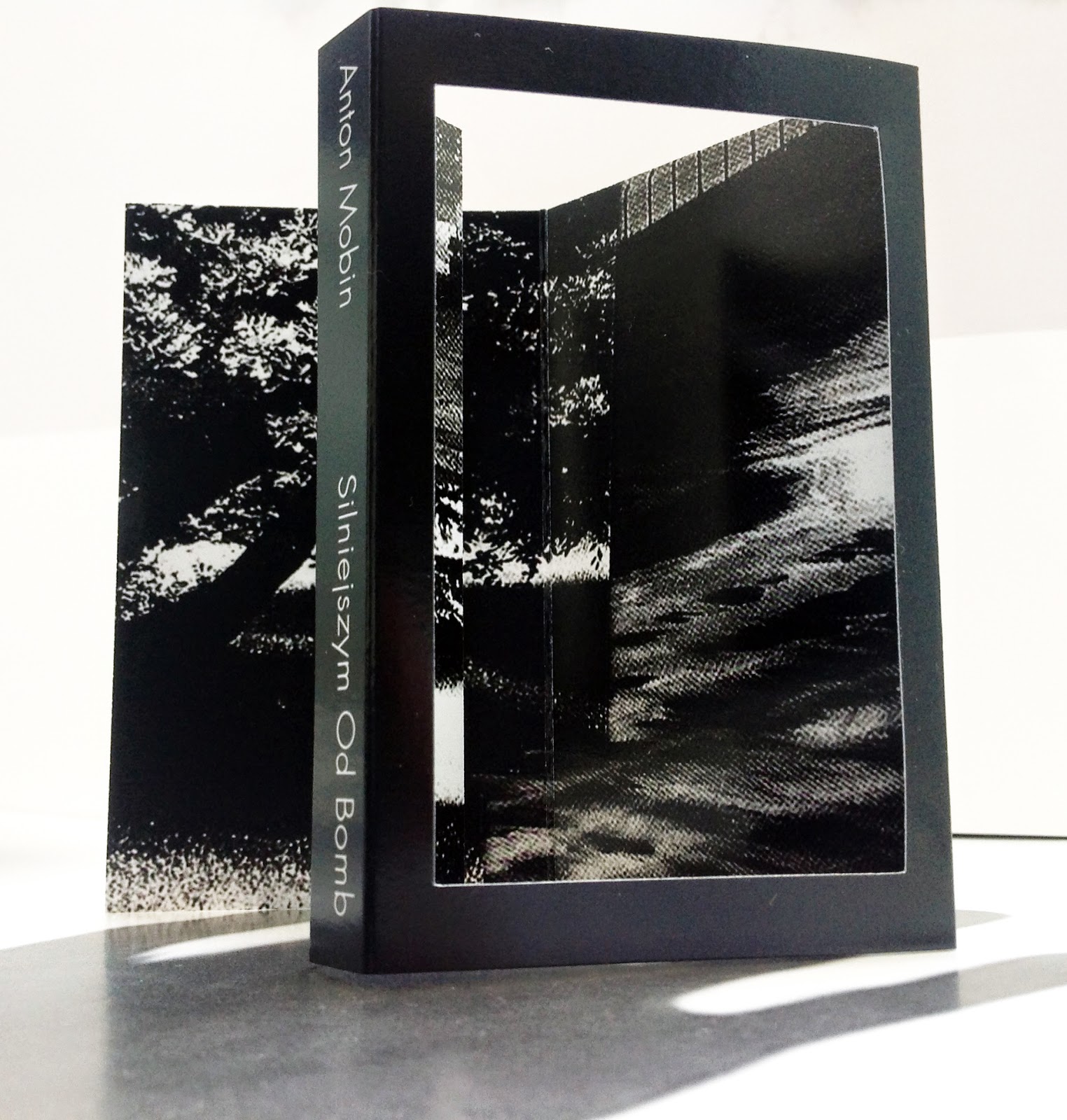 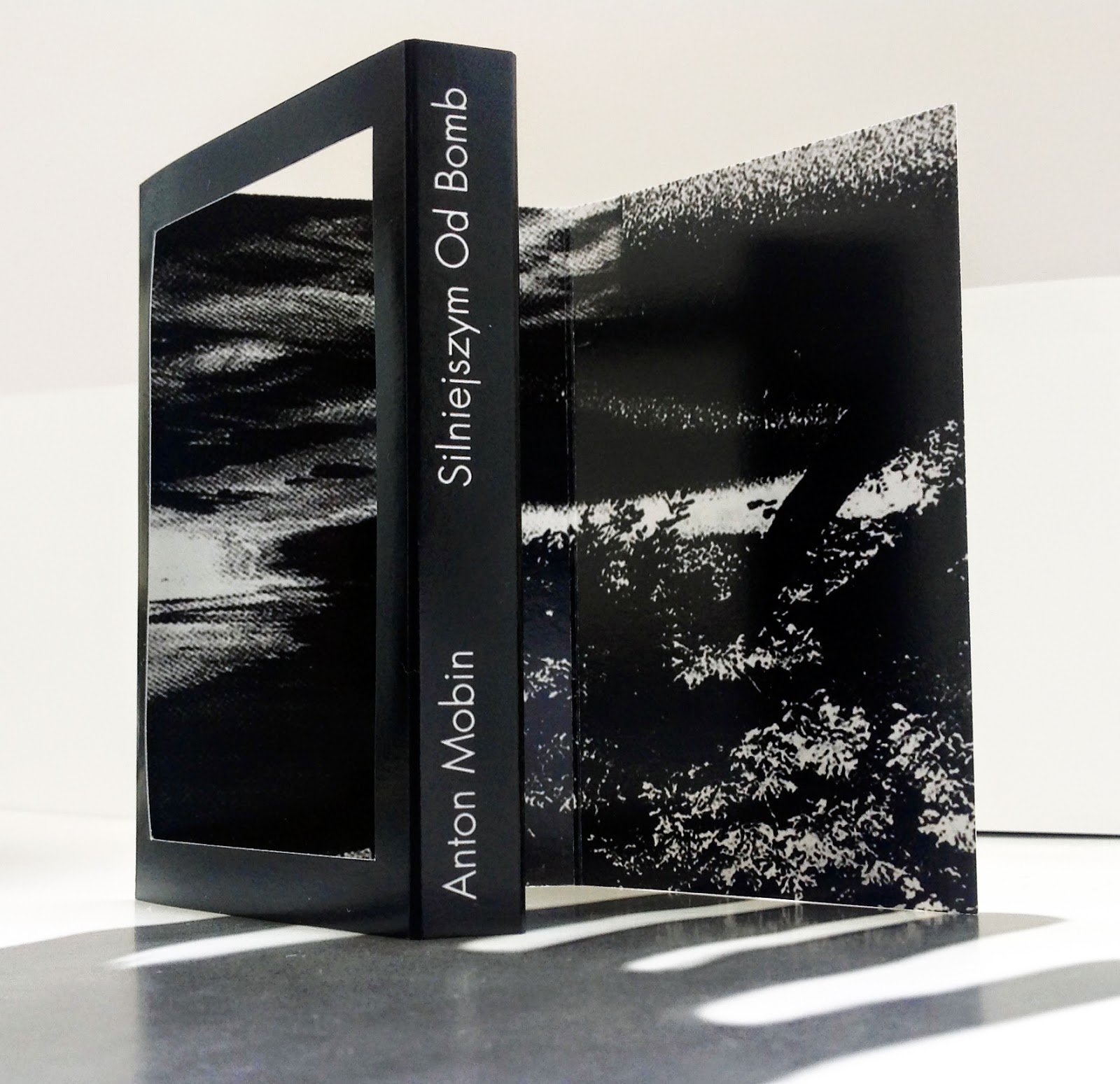 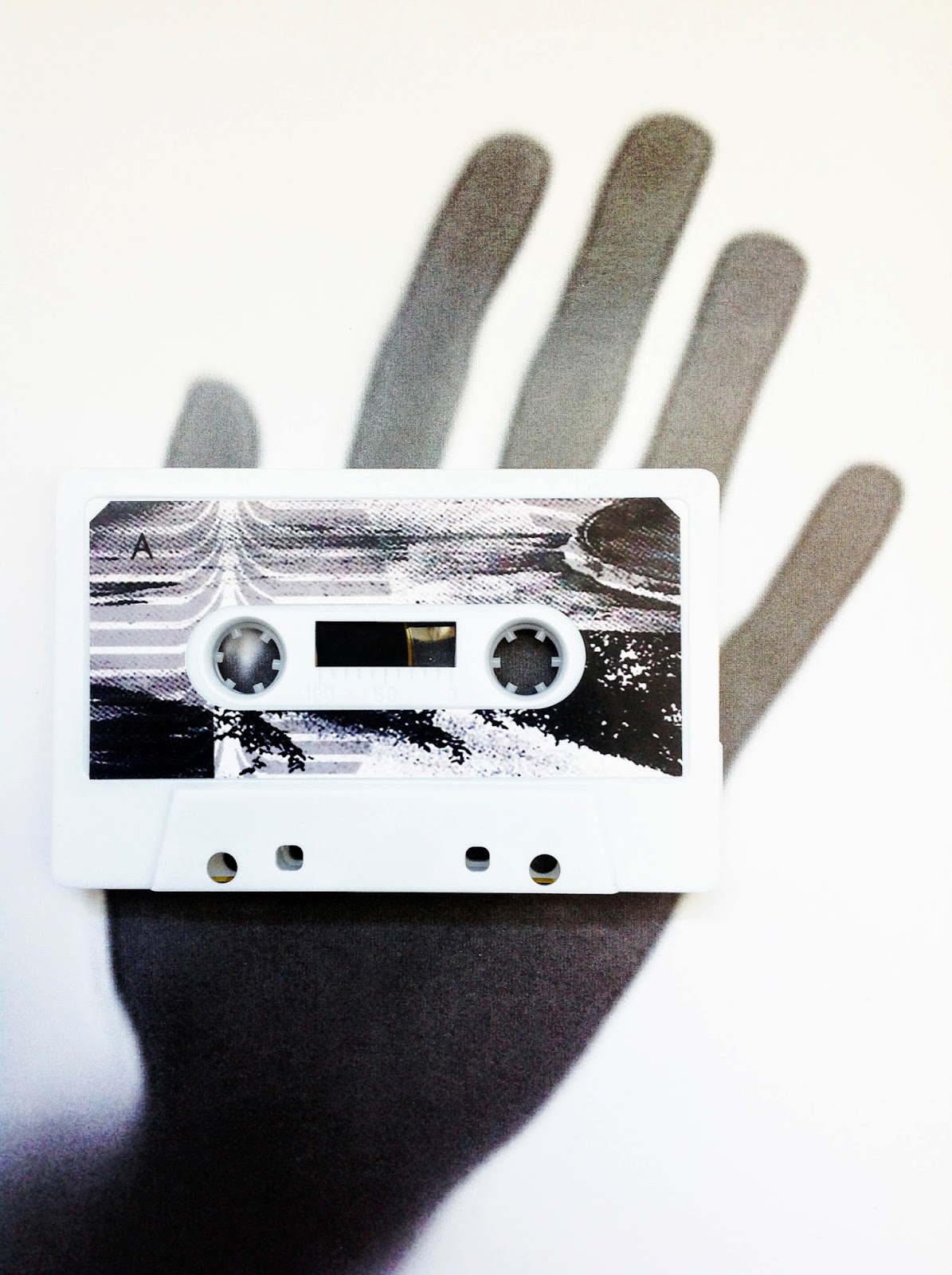 “Silniejszym Od Bomb” is my complete audio journal on a first travel in Warsaw, Poland in August 2013. Ideated by Jean-Sébastien Truchy, this work is held on a cassette with a sound diary recorded on micro-cassette and a series of compositions with cassettes.

You are in my anecdotal sound-work made of trivial sounds of everyday life, somewhere between ritual and obsessive practice of recording.
As some might take snapshots and other tagged "I was here" on a wall, I collected sound memories in every corner, not wanting to miss any sound of this trip which is akin to a journey of initiation in family.

Dictaphone prove to be the most effective tool as a recorder in terms of reactivity and capture sound events soon or suddenly. Must still be alert at all times, the finger on the rec. button, this device is very easy to unsheathe. Successive assembly sequences on tape creates a hashed narration, noisy as indistinct, but altogether unique.

I captured sounds with three different recorders as mentioned on side A but here, i only worked with sounds fixed on tapes. Since many years, I used to record daily reports and journals on micro-cassette with a dictaphone, Tamashi WD300. More or less elaborated, these rough pieces of archive just exist in a private collection of memories. I found in Paris a Sony TCM-400 for audio cassette with two reading speeds plus a pitch which give more crazy possibilities to play with the sound during and after the recording, what i did massively in this project.

Side A consists of an audio journal recorded on micro-cassette in Warsaw, Poland in August 2013.
This piece "Silniejszym Od Bomb" have been previously released by Hal McGee on micro-cassette for the “Museum Of Micro-cassette Art” (MOMA). Upon released, the image of the cover I did was blocked and reported on a social network. The present version of the cover art for Los Discos Enfantasmes represents a kind of self-censorship that I must be able to apply myself and also an allusion to the profession of the three women who shared this journey.

Side B consists of a serie of real time compositions using and abusing of cassette manipulation. On my return to Paris until the end of 2013, I worked with the composition of all recordings made in Warsaw including my own copy of the micro-cassette presented side A.

From side A to side B, the quality of the sound gives more details to the purpose and on characters.
As a photographer who Zoom for details, I looked in the face b for an alternative to the breath of the cassette itself and for that matter, I use the noise and hisses like material in a handling service composition' way.

“Silniejszym Od Bomb” mean “stronger than bombs” and could be your feeling too walking through this area... 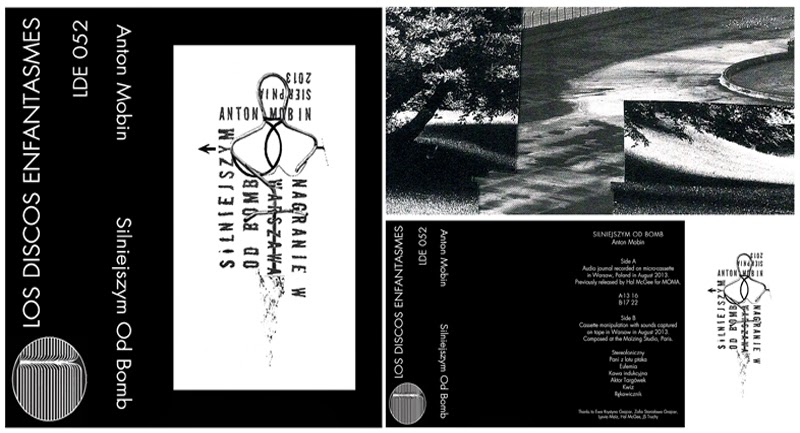