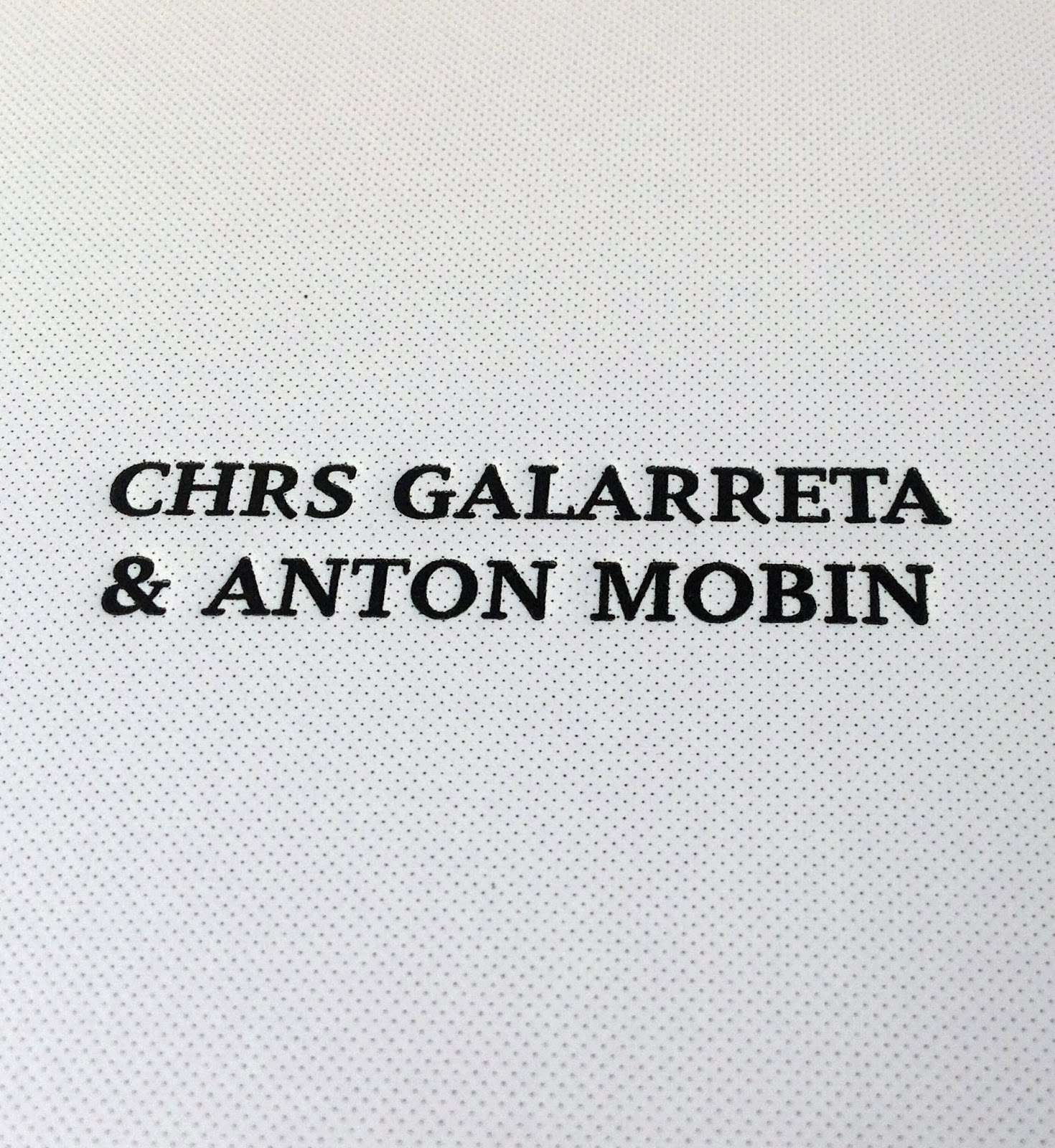 Edition of 500 CDs in custom cases with letterpress covers.
Big thanks to Byron Christodoulou for all !
Released 20 Dec 2013. 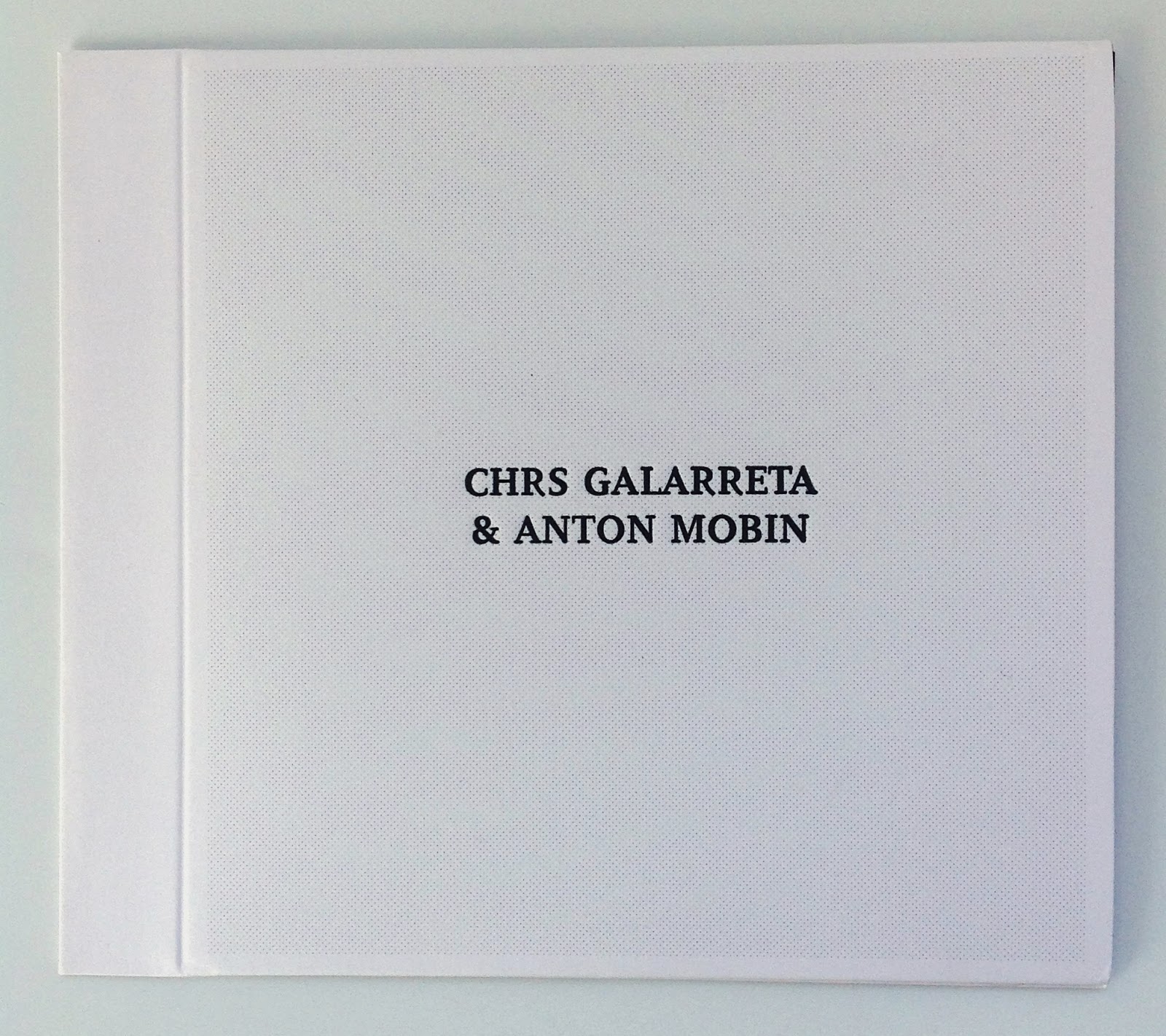 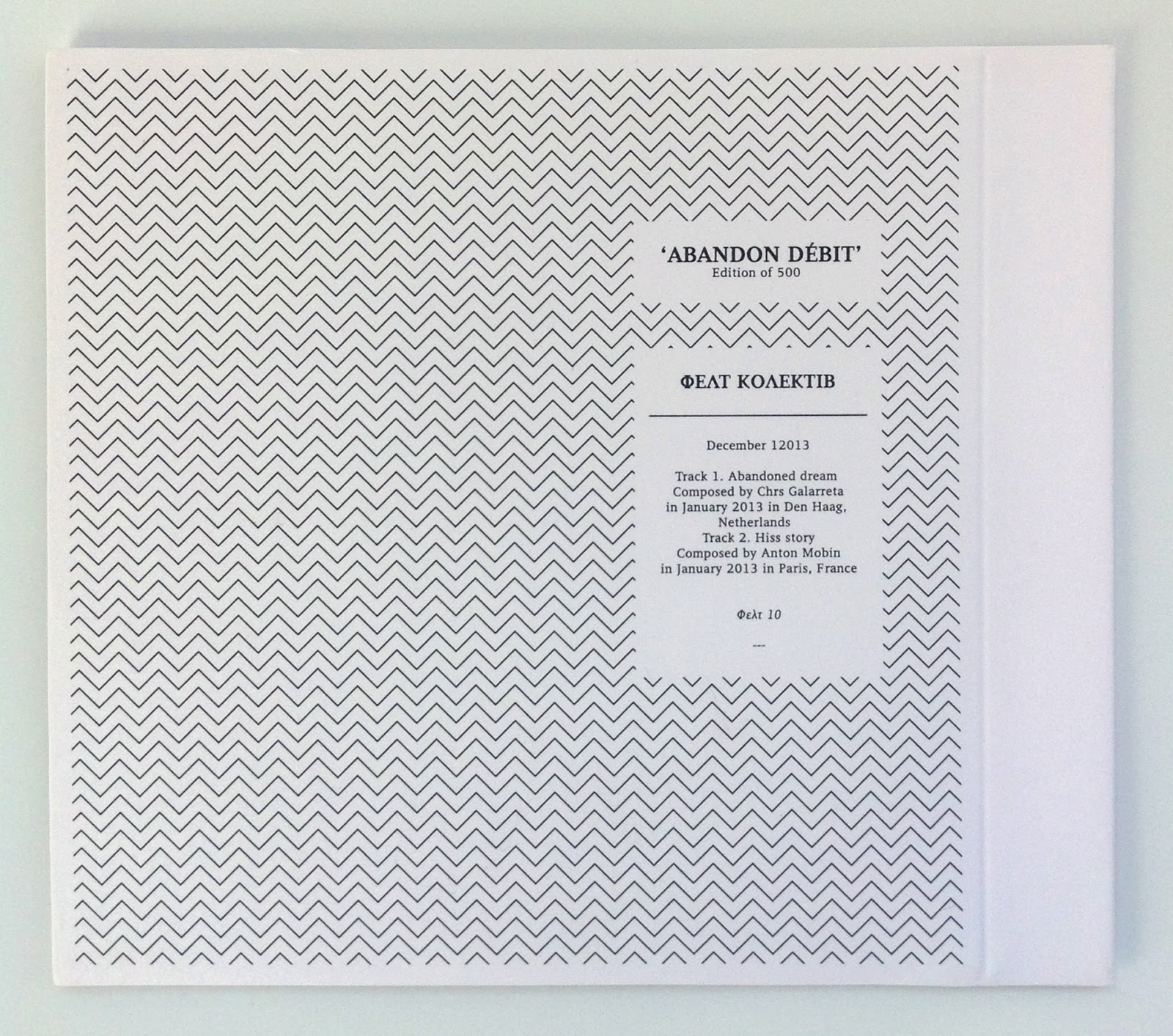 Collaborative soundwork based on sounds exchange with Chrs Galarreta.

“The material of the dreams” by Chrs Galarreta (24:49)
Composed in January 2013 in Den Haag, Netherlands
http://sajjra.net/ 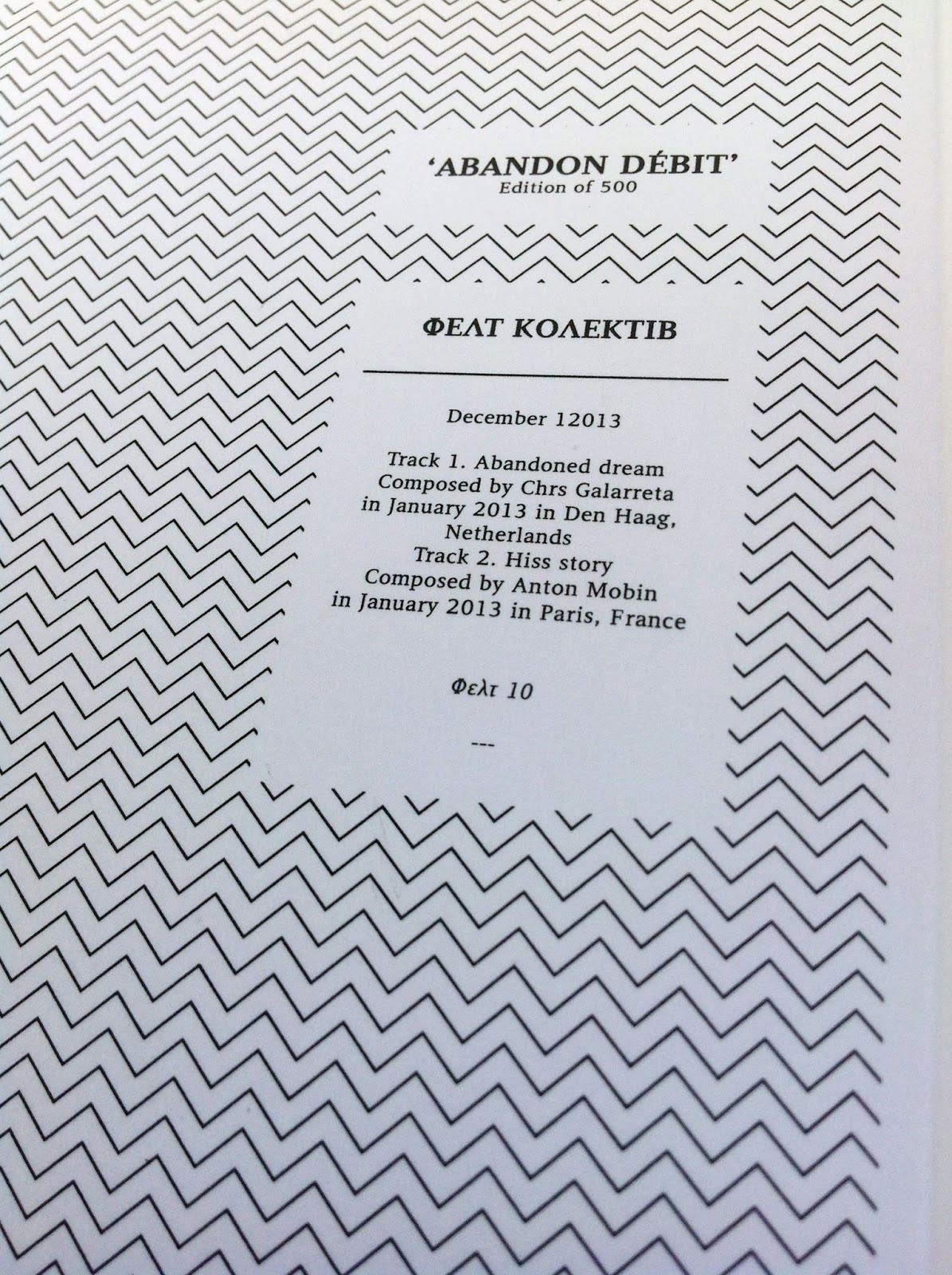 Chrs Galarreta (Peru). Very active in the South American experimental scene since 1995. Founder member of the independent label and association Aloardi. The sublime and the uncertainty are present in his actions, he gets them using broken electrical appliances, homemade audiovisual instruments, field streaming, field recordings, feedback systems, the induction of errors in the software-hardware and in the way to play musical instruments.


Born in 1979, Anthony Baron lives and works in Paris. It is under the name of Anton Mobin he produces his radio creations and he occurs on stage. Anton Mobin's sound activities evolve in two universes : improvised music and radio art. The sound recording and the sound effects are the essential elements of his work of composition. Sound artist and radio producer, he defines himself his initiative in the continuity of music concrète : his approach is directed on the listening of the sounds of the everyday life and their use in the radio composition, with the aim to develop an "extensive" music concrète. 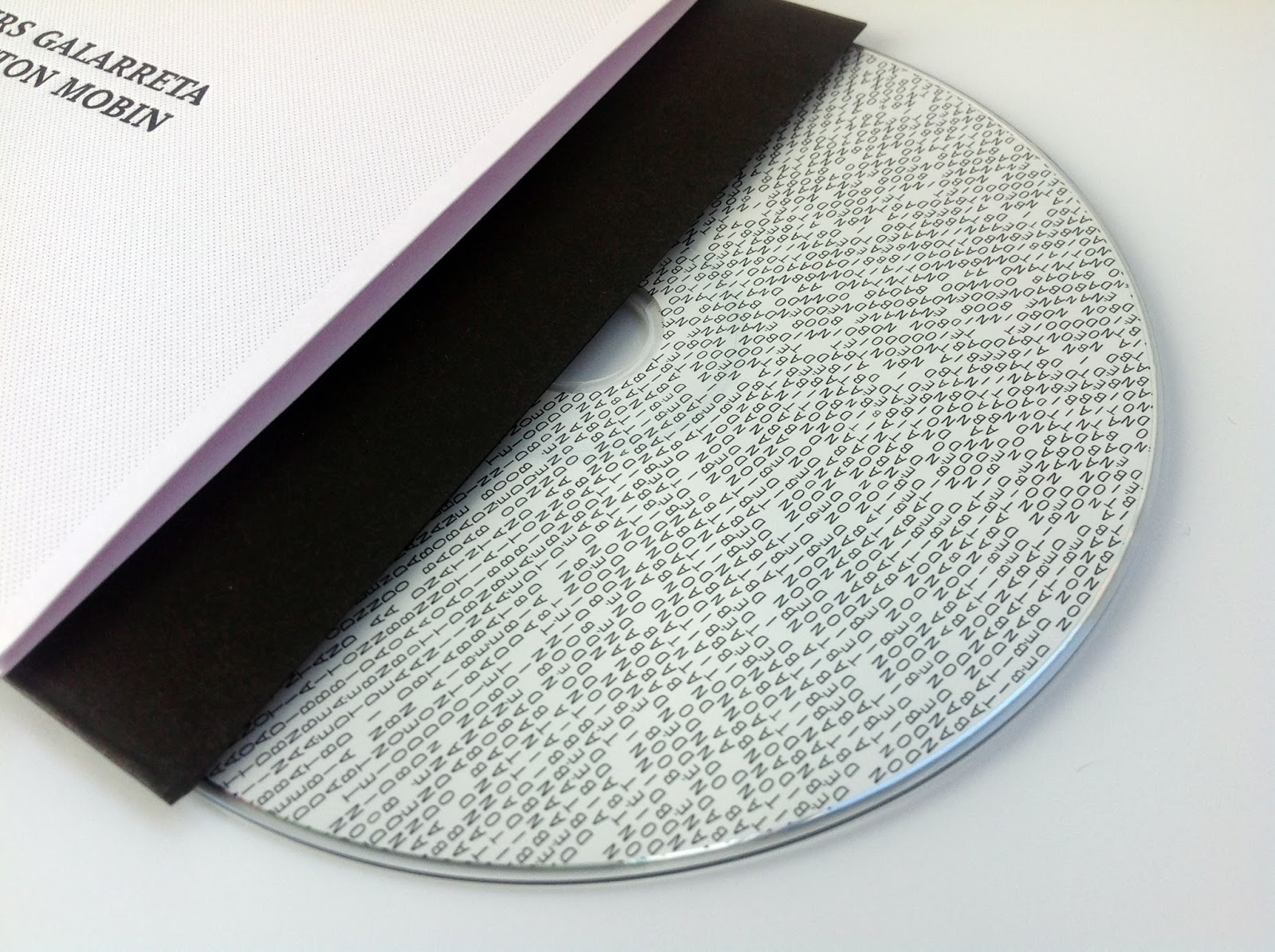 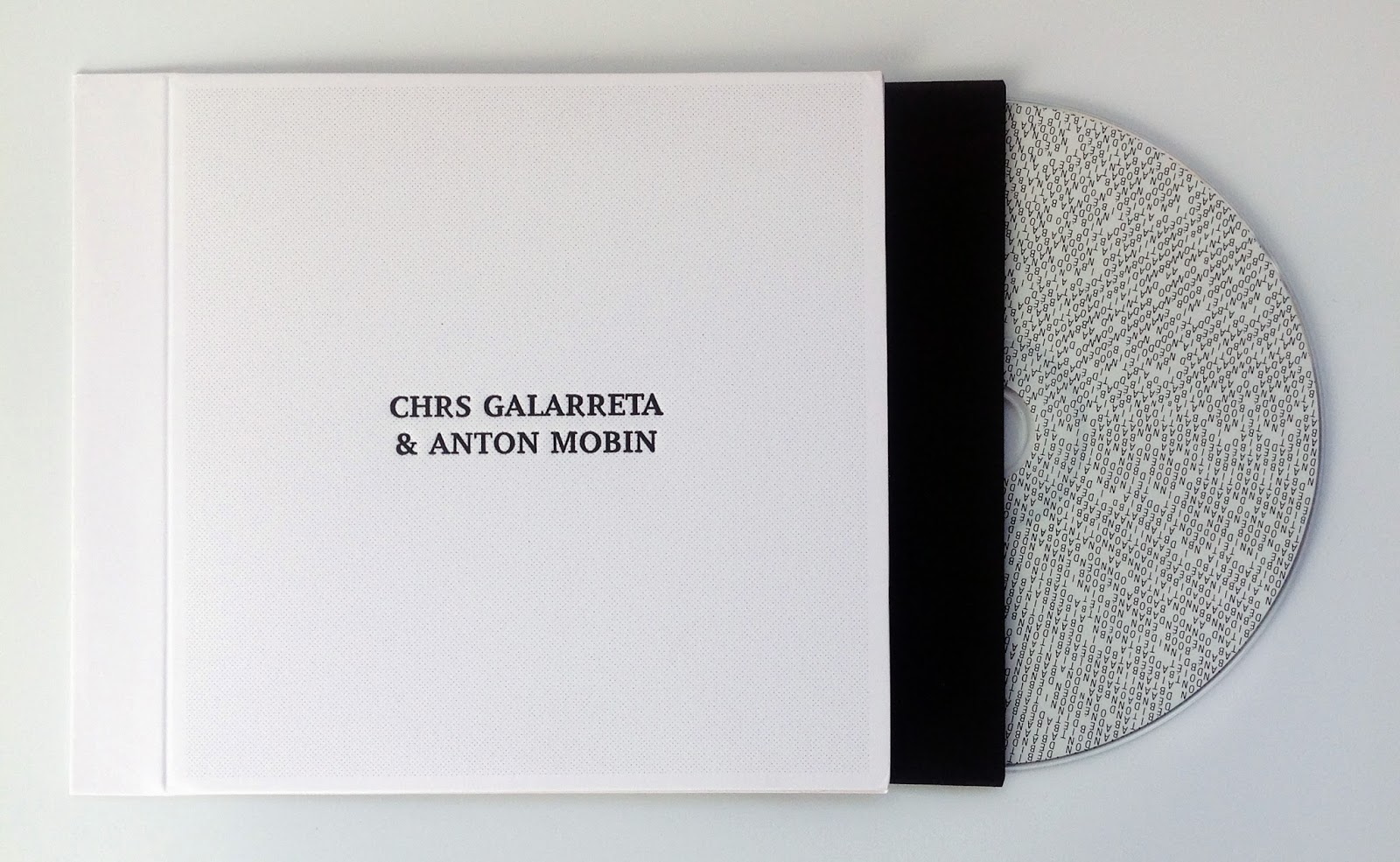 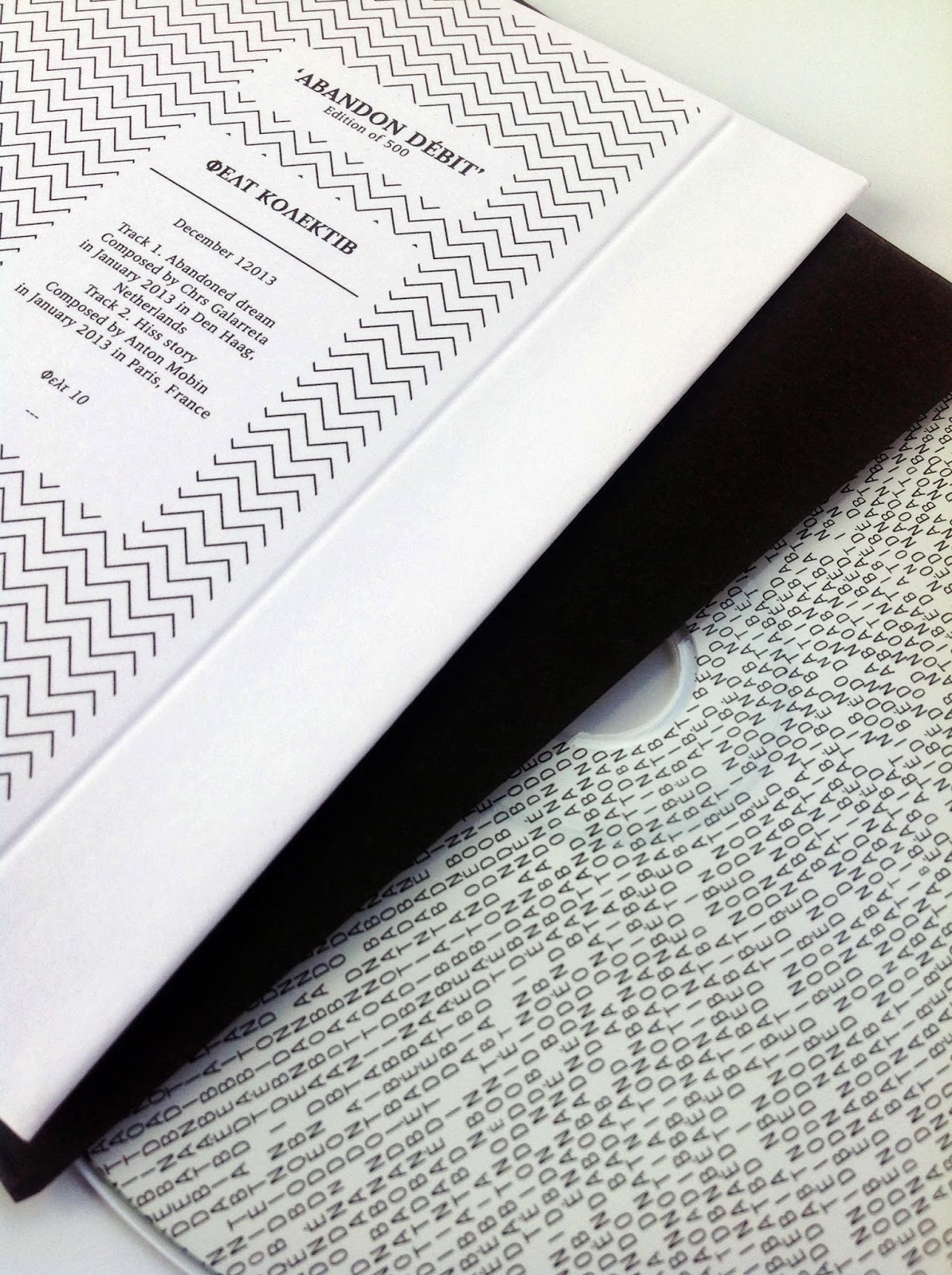 The beginning of this collab with Chrs starts with what i could now considers as anecdots which i will keep for me, but quickly i can say that after two moments spent with Chrs a hard link was forged and build relationships that led us to consider working together for an album. At that time we never played together. Live act have been done in Paris one year ago...

In my composition, all the sounds from Chrs have been fixed on a tape to play with.
Face A paris, Face B croacia. I used analog synth and cassettes and some additional recordings from me (voice with my family and friends). I used all field recordings sent by Chrs.
I also played my own tapes with prepared sounds and fixed materials from friends.
Hiss Story is a mixed form composition, combining radio edition, collage and improvisation in a dynamic form of what i could named extensive concrete music.

Many thanks to Byron to point out a strange sound which could lead to confusion.. ;)
And big up for the artwork and design of the release ! Awesome !!! 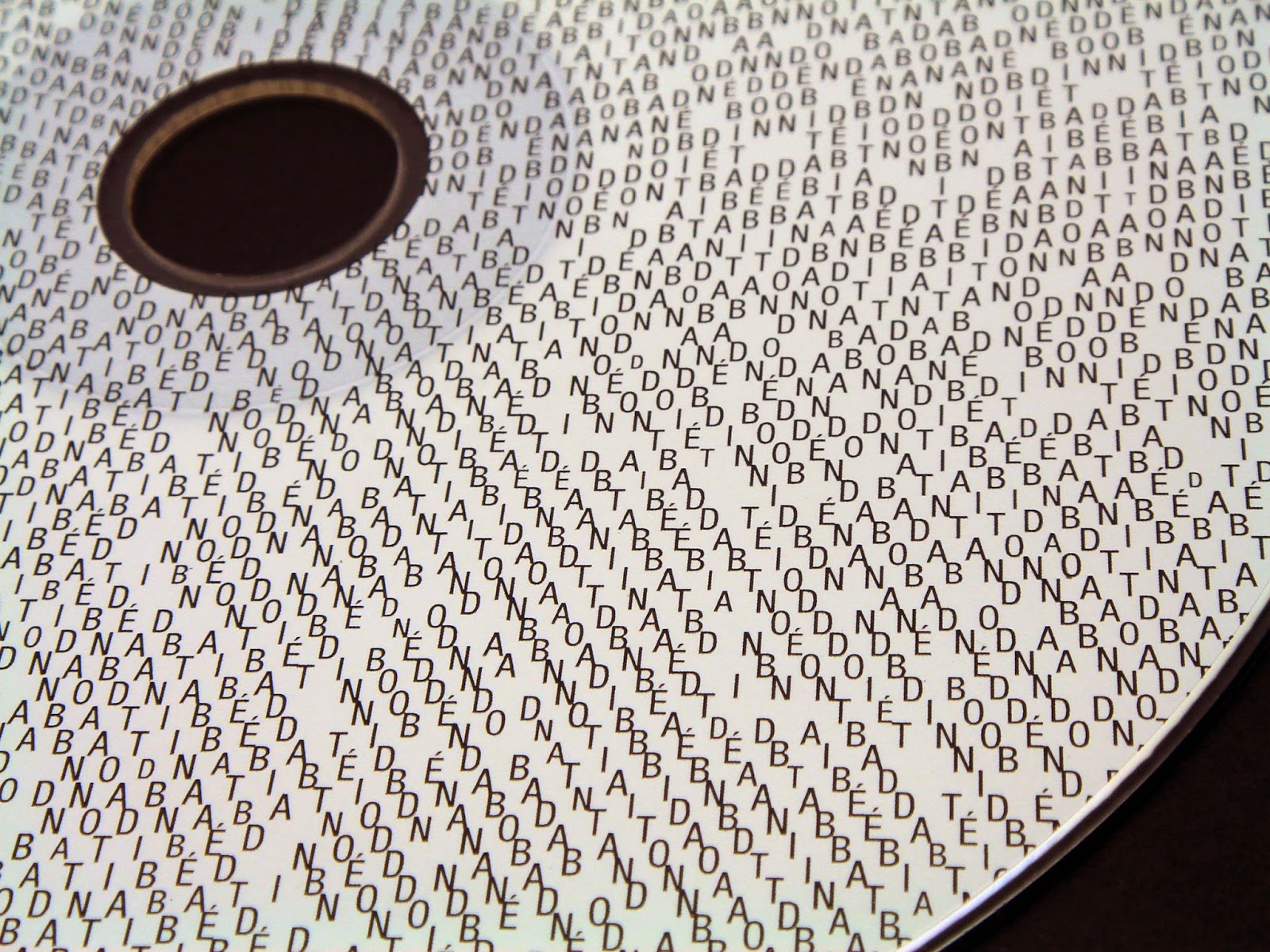 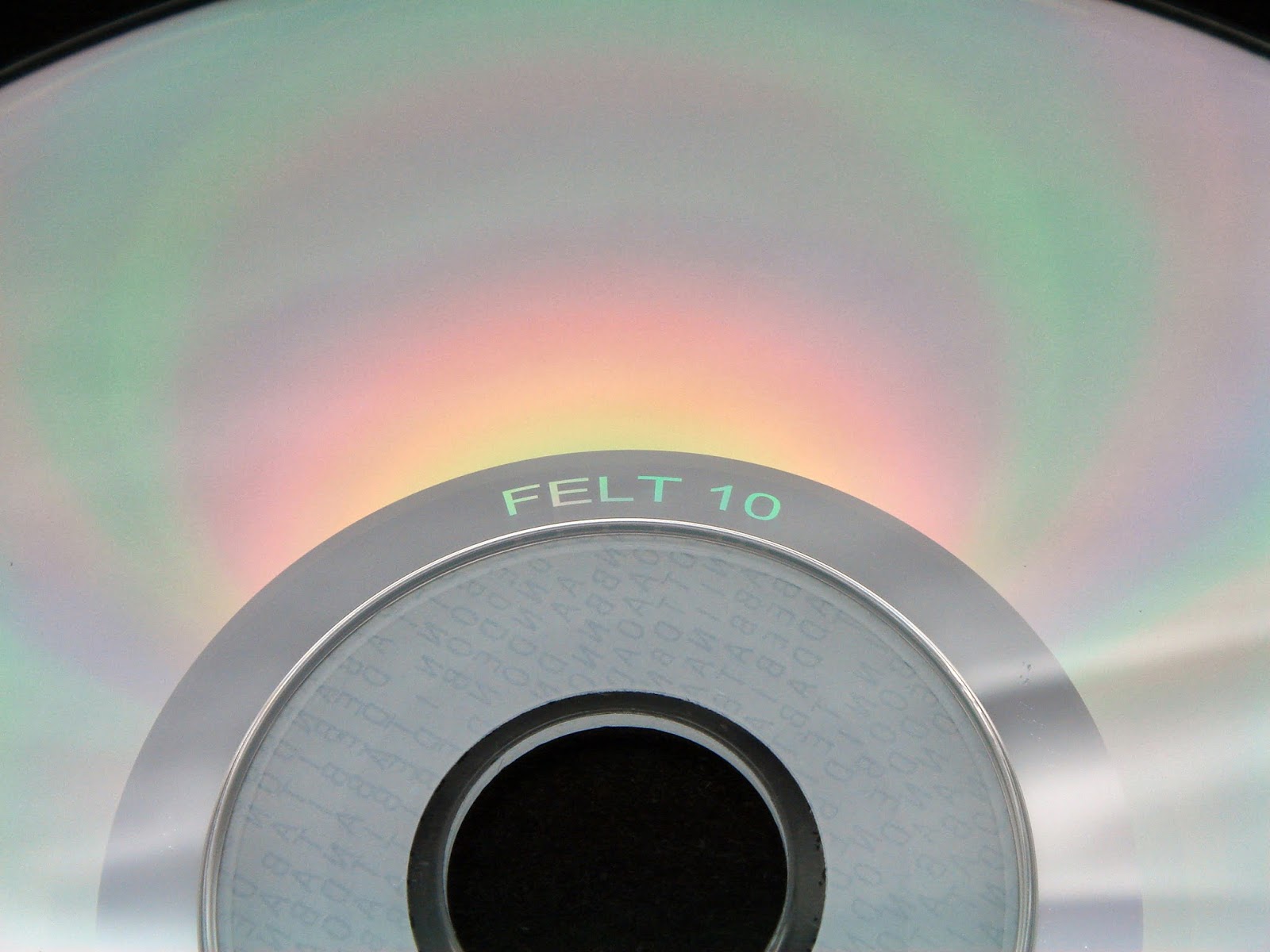 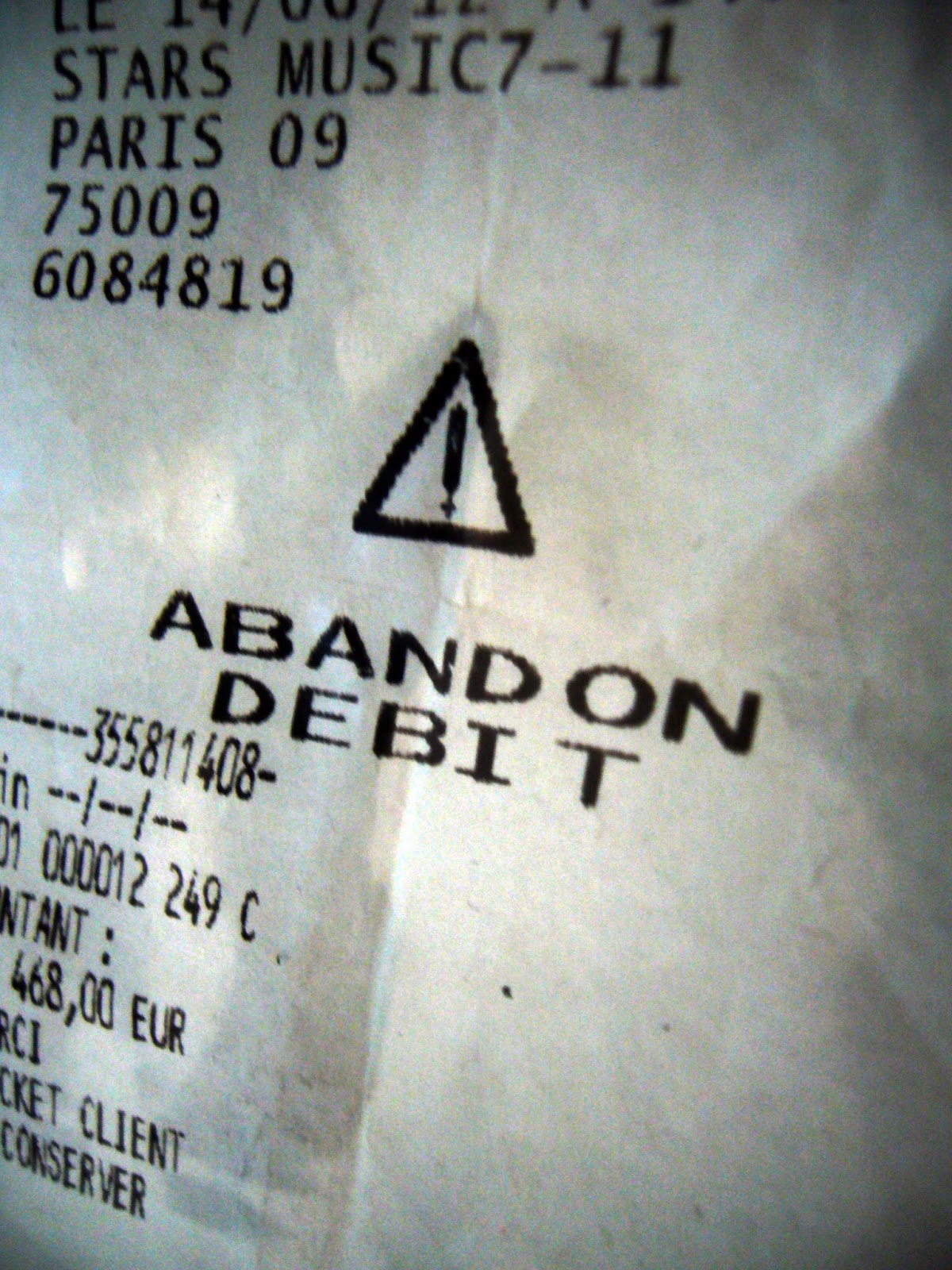 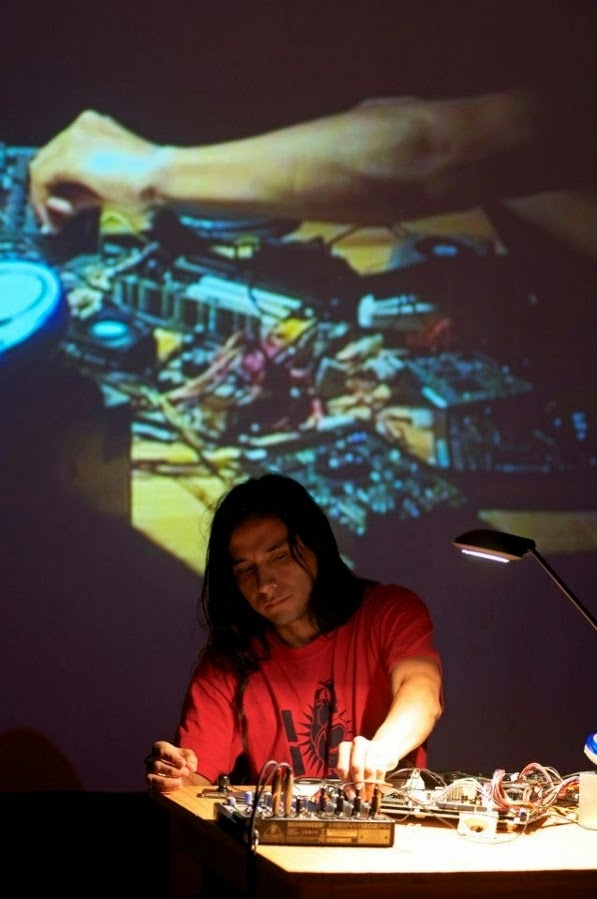