For Radio On, episode #1 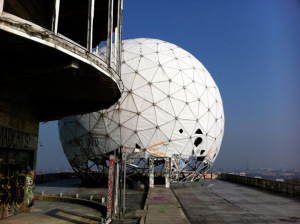 Radio On
(Adrian Shephard on an eloquent collection of vintage instruments and Rinus van Alebeek)
broadcast interviews, concerts, talk radio and perform live.
We have contributed radio programmes to framework, radio zero, radia network, H.A.K. and dfm.
Radio On creates a radiophonic setting, often evolving around an improvised narration.
Radio On is continuously on Air.

Here my new radiophonic challenge for 2013 !

Guests on Tape (Scénario Possible) by Anton Mobin is the first episode in a series of six, especially made for Radio On. It will première on Monday 15. April at 15.00 hrs Berlin time.

The broadcasting schedule of Guests on Tape will be announced during the show on Monday, and on this page. 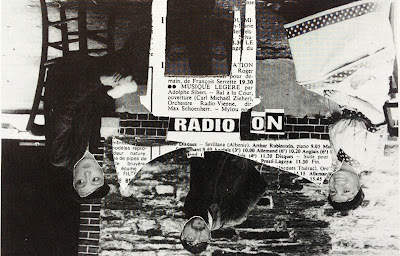 According to ‘the six month strategy’  Anton will prepare six episodes of flexible length. For the collector, fan, musicologist each episode will become available on cassette tape. The works will offer a philosophical as well as a ceremonious take on the cassette tape as a medium, which is now in its 50th year.

Radio On has chosen Anton Mobin because we know him well. You don’t? His weblogs can tell you more about his work as a radio producer, a label owner and an artist.

Scénario Possible is the recording of a revisited solo set in which Anton Mobin plays Friends. All the sounds have been contributed by befriended artists. Most of them have been recorded in his little laboratory under the roof, the Maïzing Studio. The recordings have been edited, processed or badly treated. Others were safe. Then all material has been recorded onto tape, one artist per side or sometimes one artist on a complete cassette.

The tracks are real-time compositions recorded live on 25 february 2013, played with three cassette players, a walkman and a dictaphone.


“Guests on Tape” is nourished by all the precious meetings.  The composition celebrates the wealth of hallucinating sounds Anton’s guests offered. The result is a “big ensemble for tapes” in which all sounds are hijacked from their original context and presented in a new form.