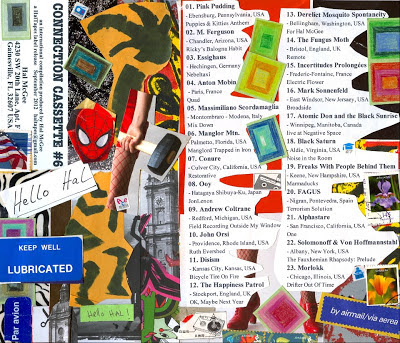 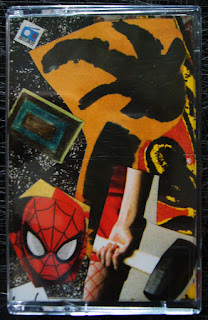 Connection Cassette Compilation #6 was originally released in September 2012. The original version of this compilation (still available) was issued on cassette. All contributors received a copy of the compilation on the same cassette on which they sent their contribution.

As much as possible, this cassette compilation project has been done in the original spirit of the 1980s cassette art scene.

The audio versions here were taken directly from the original contributor tapes and are higher sound quality than on the cassette copies that were issued, because there is not two generation loss in sound from contributor copy to cassette master to distributed copy. Be sure to download the full size album artwork and print your own cover. The cover artwork layout is a collage of bits and pieces and scraps from the contributor packages and letters. 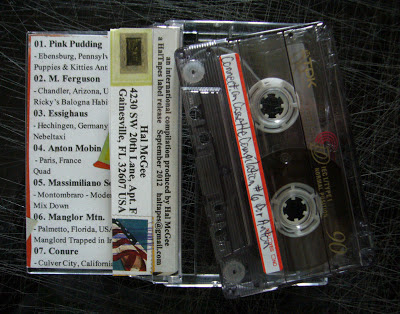 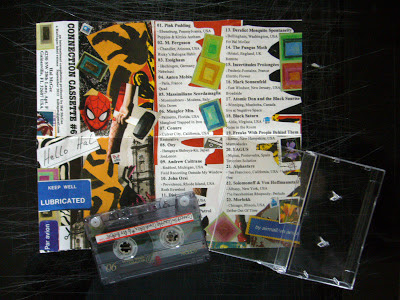