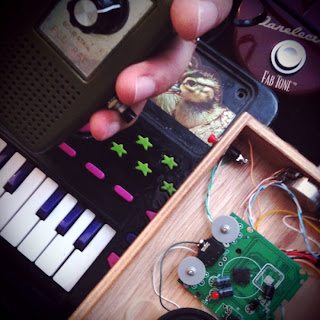 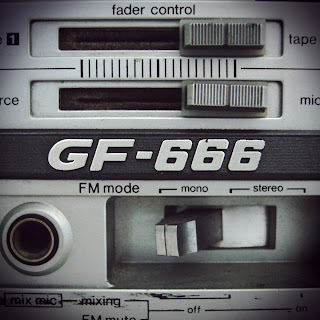 For this collaboration, I gave to Scott sounds providing from my ghetto blaster, AM tunes and frequencies improvisation. Scott realized all the mix and the production.

"Radio Buddha is a new collaboration album between electronic improviser My Brother Daniel and radio art connoisseur Anton Mobin. The two met and team up on the Itsu Jitsu net label this August for a transatlantic improvisation spanning either end of the radio dial."

"Radio Buddha is delivered in four ‘scenes’ drifting between radio waves, silence, drone, and static pulses. The album’s creation resembles ideas similar to John Cage’s 1959 work ‘Indeterminacy’ with the improvisers performing in different rooms unable to hear each others sounds (Radio Buddha’s sounds imagine David Tudor was playing both parts of Cage’s piece). Often you are left with areas of meditative drones and flickering static to later be buried in avalanches of rhythm and speech collected from all over the radio dial." 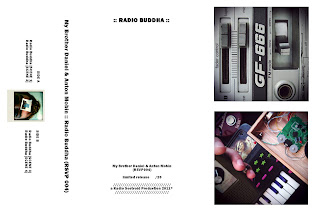 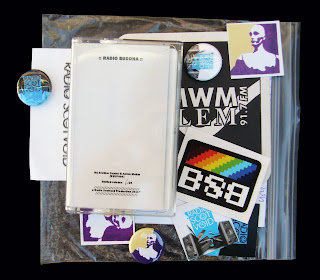 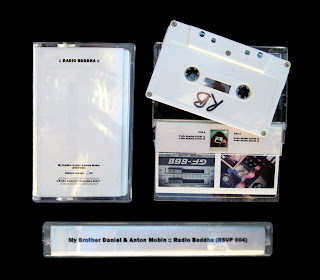 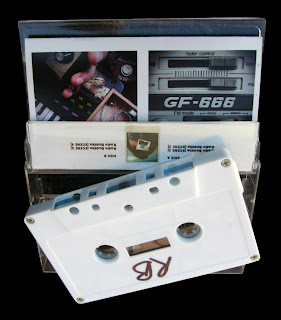 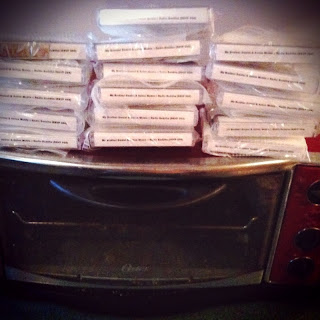 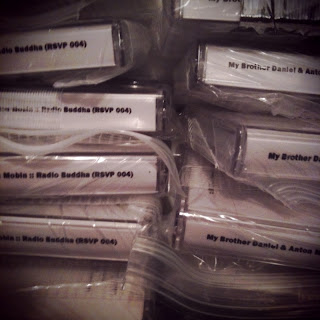 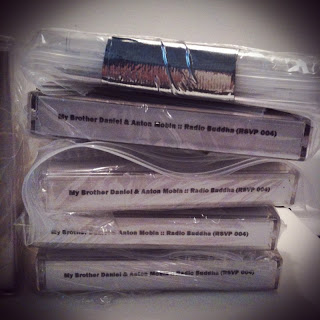