TALES FOR TAPES #7 on STAALTAPE 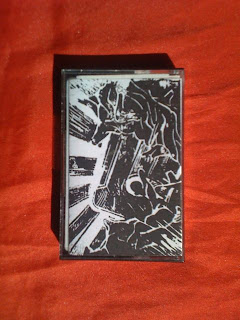 Tales for Tapes is a series of live concerts dedicated to tape manipulation, initiated by Anton Mobin in Paris.

The concerts were recorded on a Sony Walkman and a Yamaha Fourtrack by Flavien Gillé ( • ) and me, Rinus van Alebeek (+) . Each one of us used four C40 chrome cassettes. We continously changed the cassettes during the recording process. Sound check, audience talk and concerts appear in a cut up structure.

Since Flaviens set up (with two microphones) was static, he couldn’t record TG and Blenno who played in an other room. I (Rinus) could walk around. 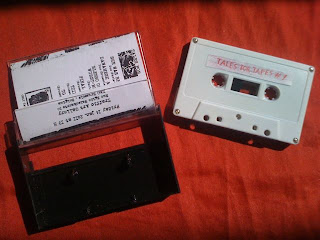 The cover is the original flyer of the evening, from an original linoleum print by dawamesk and hand job. The inlay is a piece of paper with more or less the same info that you find on this page. 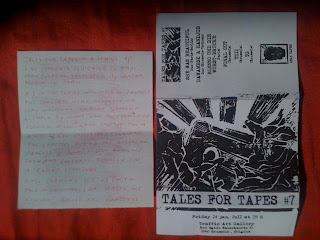