FOURS CORNERS OF THE NIGHT 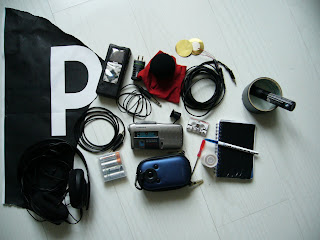 My equipment for the special night...

5 persons record on the night from 20 to 21 june
5 persons send each other the files
3 + (1+1) persons work on all the tracks
and compose a total of ten minutes out of it to be released on cassette for Staaltape !

Rinus van Alebeek (nl) will be in Berlin, Germany during this night
http://rinus.zeromoon.com/

Christoph Limbach (de) will be in Berlin Neukölln, Germany
http://www.christophlimbach.de/ 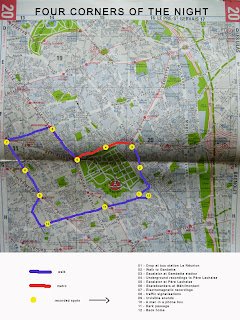 It is time, 11:00 pm.
I leave the house. My first wish was to take the subway to change of district but according to the advanced hour, I return on this decision in the last minute for fear of remaining booby-trapped too long from my home… Yesterday evening I worked late and hard, and my members are totally dislocated…

So, I leave by walking. First recording in front of my home, in the bus stop " La Réunion "… I record my first night sound; a drop which results from a balcony. In the day, this drop is also present and it is very funny to see people waiting for the bus just down …

I decide to walk towards Gambetta. On the road I touch everything, perplexed of the result of my sound recordings, but I move, I change district and i forget to take picts. 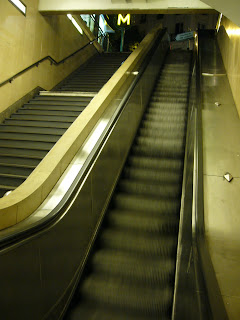 I arrive at the subway and I don't resist to the urge to come down there. To begin I record the escalator in outside exit, then in internal exit. I change microphone for a stereo contact microphone which I apply on every side of the automatic rail.
Good result !! A first good idea ! 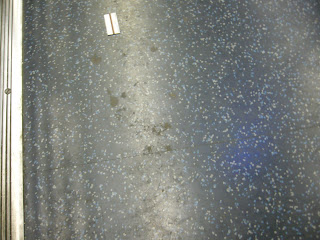 Motivated by this first experiment, I continue in the underground station… The Parisian subway, as any subway, is full of sounds. A delight of mechanical and industrial sounds are captured during the wait of the train and during the short travel to Père Lachaise (just one station). 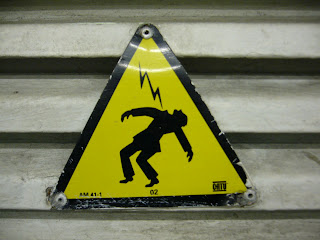 Direction Ménilmontant by foot on the boulevard de Belleville. Usually very livened up, this boulevard is very quiet tonight, restaurants are almost empty, pubs ready to close…
I record nothing interesting…

I arrive at Ménilmontant. It is time to drink a beer !
I sit down on the new square of this district where two skateboarders are inaugurating the new street furniture of them acrid seventh tricks! yeah !! I feast… I like skateboard !

It's midnight. I'm looking for voices, for heavy atmospheres of party and drinking bout.
Direction Parmentier by the street Oberkampf. Bars are close… There is nothing… I understand while people have to keep their strength for tomorrow, the big day expected by everybody, except me, for the "Fête de la musique" : what a crazy idea (?)
I'm not interested in music, and i can't stand this stupid day.

I think that once arrived at Parmentier, I will be in front of Le Plein Soleil, a great pub known for its night-activity. Pff ! There, the bar is closing, empty terrace, nobody, no sound… Except from the traffic. I smoke a cigarette (that helps to think)

OK there no sounds this evening. I change my microphone. I am going to record the inaudible and invisible sounds ! 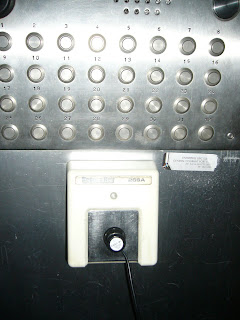 I fit on the Nagra a capsule Eagle telephone pick-up coil to capture the waves electromagnetic of the electric devices and electronic street furnitures of the avenue Parmentier, in the direction of Voltaire.

Ah !!! It sounds ! Everywhere and invisible! Incredible experience, unthinkable to hear so many strange frequencies from the machines, so many good noisy sounds ! People are surprised, unbelieving to see me sounding intercoms, distributors of money and the other Parisians borders "Vélib' " !
It amuses me… 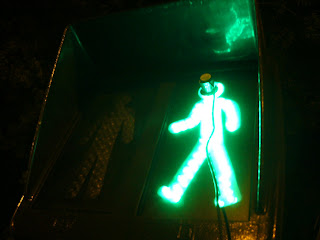 The big moment of the experiment comes when I approach this special microphone near traffic lights !
An enormous bass arrives in my headphone !
Finally, this big sound wakes me and gives me the energy to cross the avenue with haste. And I enjoy imagining if all these sounds were audible of nature, everyday, without tools to reveal them…
Our life would be very different, probably difficult… 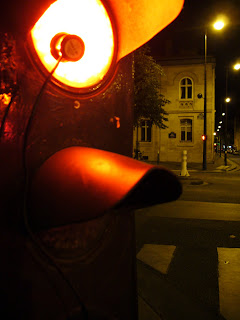 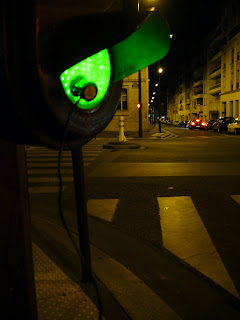 I arrive in front of the Générale Nord-Est. One thought for Emmanuel Rébus who is probably at the moment in Berlin with Rinus…
(Or did he already return back in Paris ?)

I stop the electromagnetic waves for this evening, but I keep the idea affectedly for a next session soon…
I have the brain softened by the strange frequencies of the avenue Parmentier…
Unguardedly : cigarette…no more beer...

It is windy… I settle in a phone box to tidy up my equipment. A man phones close to me at 1 am in the morning… I record him… I understand nothing, I don't speak the same language, I imagine a lot of things…

Ledru Rollin. Some interesting ventilations and a money distributor very generous in strange rhythm sounds. But around, everything is more and more quiet…
No moon tonight...

I raise straight on the street of Charonne. Still some breakdowns...
A dark passage… Mmm... One of these strange little street where people enjoy mixing their urine. That stinks heavily, the recorder does not still able to "record" the smell so I capture the sound of this fucking smell ! 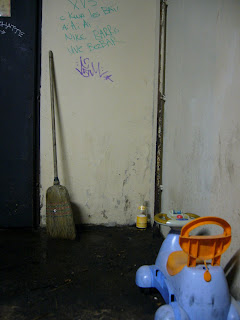 2:30 am of the morning : I am KO !
I arrive finally at my point of departure.
Another 6 floors to my sweet home...
I record the last electric buz at the first floor of my building.
I enter noiselessly, my darling sleeps, she had warned me…
I stink/
I piss/
To finish the session, I record a cycle of my fridge…

The shortest night of the year was quite long !