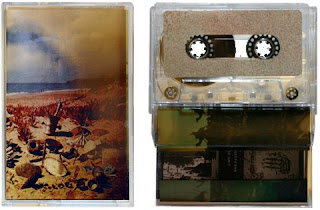 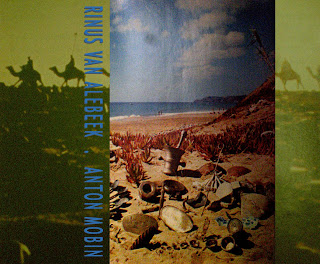 It's been a while since I first met Rinus and his rolling circus of magnetophones. Here you get a someway threatening collection of analog sounds, tape atomization, and spoken words.
Anton Mobin works perfectly as a companion on this split release, this capturer of fleeting moments based in Paris seems to be surrounded by some strange sounds...
File under: environmental metaphysics, subliminal field-recs. 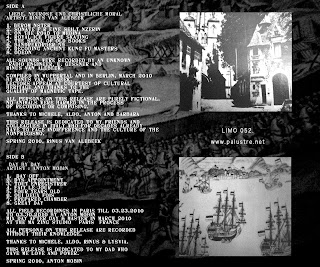 all sounds were recorded by an unknown radio engineer. U. Gessner and Rinus van Alebeek.

Compiled in Wuppertal and in Berlin, March 2010 by Rinus van Alebeek.
Lectors appear at courtesy of cultural heritage and thanks to the quality of magnetic tape.

All persons on this release are purely fictional.
No animals were harmed in the process of recording or composing.

Thanks to Michele, Aldo, Anton and Barbara.

This release is dedicated to my friends and colleagues in Italy who
for decades already have to face indifference and the culture of the nonfregismo.
Spring 2010.