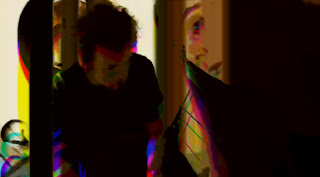 On October 3rd, 2010, Anton Mobin, Joséphine Muller and Ian Linter met at the ASP studios for a real challenge of 5 hours long live streaming transmission, broadcasted simultaneously by two webradios: Strange Frequencies Channel and KKWNE. The full concept is called "Bande Sonore Occasionnelle pour Aprés-midi Aléatoire". From that session Anton Mobin and Ian Linter did two edits to be released on two different labels: suRRism-Phonoethics in Germany and Kultur[Terrorismus] in Austria, thanks to Jaan Patterson and Susanne Hafenscher.
Be sure to visit the both label websites to enjoy the whole journey !

Anton Mobin is a concrete music composer & radio producer addict of field recordings.
Co-curator of the collective H.A.K. and curator of the Improvisators Network. Objects manipulator & improvisator experienced due to several meeting with international artists which one of the most important was certainly with Rinus van Alebeek in Berlin. Always in search for new articulations between objects, manipulations, and interaction with his own body.
A crack, a fold, a brightness, a jolt in the plan of the sound, a convexity of surface...
http://h.a.k.free.fr
http://antonmobin.blogspot.com
http://www.arteradio.com

Joséphine Muller has been creating metamorphic video-sound fields under different names like Sex on Saturday, Empathy Kills, Abnot Kraz, or La Main Traumatique, with Ian Linter. Improvised and minimalist electronic manipulations or electro acoustic abstractions, these are some manifestations of this OFF/BRUMA netlabel and ASP co-founder.
http://astrangerparadise.com/josephinemuller
http://astrangerparadise.com

Ian Linter is an original member of the Portuguese underground collective produÁıes Ganza, co-founder of OFF/BRUMA netlabel, and also many other sonic entities like the non-stop webradio Strange Frequencies Channel, under the label ASP.
His creations are electro-organic immediatism in any possible structure through a real-time feedback series of necessary events, and have been expressed since the early 90ís on distinct anti-aesthetics with names like OLoF NiNe, ACT9, AirfíAuga, Massacre Divino, La Main Traumatique with Joséphine Muller, Plasma, RTP, among others...
http://astrangerparadise.com/ianlinter
http://astrangerparadise.com/strange-frequencies-radio
http://pganza.com 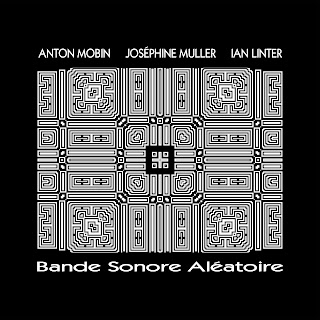 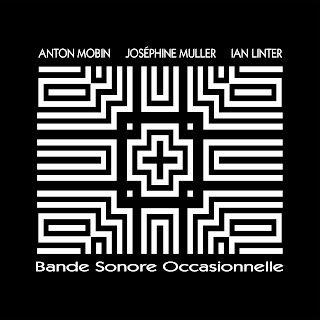 --⎥⎥⎥⎥--
Thanks a lot to Jann and Susanne for synchronizing their effort to release this project on the same date, April 17th, 2011. And many thanks to Ian and Joséphine for their friendship ! 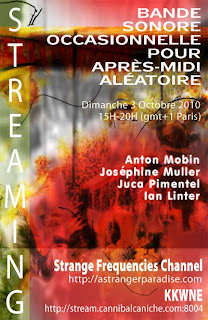