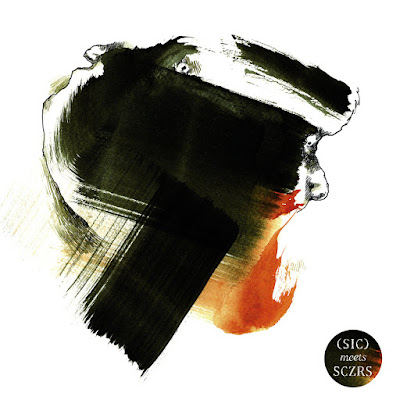 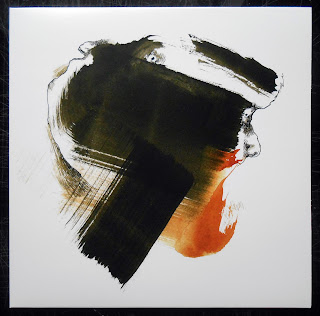 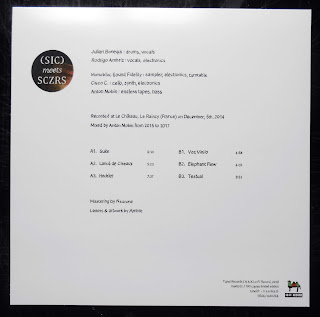 Mastering by Neurone
Artwork by Ambre

Hailed as one of the most insane, extreme and brutal projects in the history of experimental music in Mexico, ( SIC ) is the brainchild of Julian Bonequi and Rodrigo Ambriz. Their moniker is the Latin adverb meaning “thus,” typically inserted after a quoted word or passage and indicating that the quoted matter has been transcribed exactly as found in the source text, complete with any erroneous or archaic spelling.

(SIC) works with extreme improvisation and savage-gestural composition. Their sound is embodied in concise miniature pieces led by a wide range of guttural convulsions, buccal tremors and other cries coming from the depths of nonexistent languages imagined to serve as a framework for contemporary rites remaining to be invented. The duo has previously performed all over Mexico, Berlin, Paris, Geneva and Vilnius. Their work has also been featured in the Norient Exhibition "Seismographic Sounds - Visions of a New World" at Transmediale 2016 and Zentrum für Kunst und Medientechnologie Karlsruhe.

Formed after a radio concert on KKWNE and first collaboration for Classwar Karaoke (020 Survey), the trio performed a few times around France and Berlin and released their first EP in 2014 on H.A.K. Lo-Fi Record & Tünel records. Then, they started a series of collaborations in studio and produced two volumes of LP with the Russians of ASTMA and with the Mexicans of (SIC).
Anton Mobin perfomed (on stage or recordings) with Jello Biafra, Bryan Lewis Saunders, Hopek Quirin, London Improvisers Orchestra, Cisco C. is till a few years involved in Vox Populi! (The famous french Ethno-industrial band) and Monobloc Sound fidelity is member of Oleo Strut (Italian/French collective) and was a pioneer member of the mythical radio show in Paris « Epsilonia ». 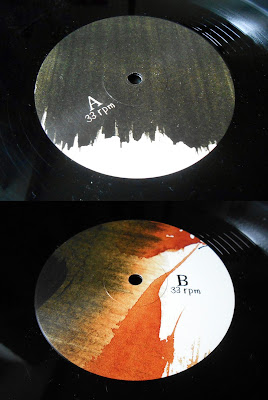 « (SIC) meets SCZRS » is the second volume of a serie of LP produced by SCZRS, and designed by Ambre.
This opus based on the same principles consists of the meeting between Sczrs and the mexican duo (sic) with the drummer Julian Bonequi and vocalist Rodrigo Ambriz.

This LP project is based on a friendship synergy to push things further with the common wish to lead each musician towards something new. More than playing together as a quintet, “(sic) meets Sczrs” project wants to be a reflexion about recording improvised music to make a record and obtain more instant compositions.

Due to a very long mess to the airport, the recording session was intense, one shot. Only the last track « Testual » had several chance being recorded.
Julian Bonequi plays his own drums he brings from Mexico, plus vocals self-amplified in his mixer, Rodrigo Ambriz also manipulates his voice and electronics directly from his mixer. Sczrs keeps his set common live set up with Monobloc Sound Fidelity playing sampler, turntable and electronics, Cisco C. playing Cello and electronic set up with synths and Anton Mobin played his endless tapes system, that needed a partner to record and to play with the instant recording loop. Then, a track on bass.

The music proposed on this LP is based on basic constraints, some rules or just form suggested before playing as “start with voice”, “do not play drums”, “scars first”, “play a ritual”... Contraints do not mean reduction of liberty but on the contrary make the music evolving on the degenerative way through something else or sometimes opposite to the first direction.

This album recorded in December 2014, mixed from 2015 to 2017 and finaly released in 2018 is the fruit of a long labour in term of communication cause to the distance (France, Mexico) to keep everyone alert and aware of the making of the project, but mainly an intense work of mixing and exchange, sharing ideas about the music and what we really want to do with hours of recordings. 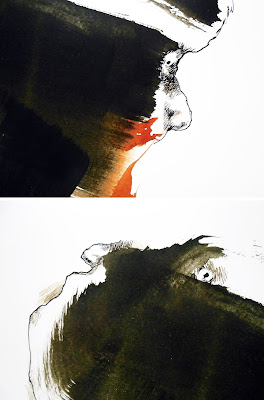 Bonequi has an extensive academic and musical background in the improvisation scene. He has taught new media art education in Mexico City and animation at the Polytechnic University of Valencia, and has collaborated with neuroscience research groups involved in interactive technologies and mixed reality at Pompeu Fabra University in Barcelona. As a musician he has performed with the London Improvisers Orchestra, Berlin Improvisers Orchestra, William Parker, Tarek Atoui and Vagina Dentata Organ as well with Ute Wassermann, Paal Nilssen-Love, Gudrun Gut and Joachim Irmler. In addition, he coordinates the artist residency project run by Audition Records, the label he co-founded and releases on, and is currently working on his first 3D Opera with The National Centre for the Arts in Mexico City.

Ambriz is considered one of the most talented vocal performers in Mexico. He has long collaborated in the growing Mexican experimental/noise and improv scene with names such as .RR, Los Heraldos Negros, Juanjose Rivas, Germán Bringas, Fernando Vigueras, Angélica Castelló, Arthur Henry Fork, Ute Wassermann, Jaap Blonk, Burkhard Stangl and Joachim Montessuis. He has released on the Mexican labels Ruido Horrible, NoxaRecs, Audition Records and Suplex. Ambriz says, “my way to approach sound is this phonic-waste voragine [Spanish - vortex]; grunts, suffocated exhalations, shrieks, whispers, squawks and screams. I'm focused on deconstructing, altering and multiplying the phonic material. The first thing that interests me about the voice is the physical sensation that comes from manipulating the vocal apparatus, the air travel of the internal cavities, the tremors in different parts of the body, the stresses and strains, and the voice that exists previous to language. All this brings me to a primary state. I'm interested in the voice as generator of a constant flow of dizzying associations, immersed in a channel of automatism and glossolalia [sic]."
(auditionrecords)