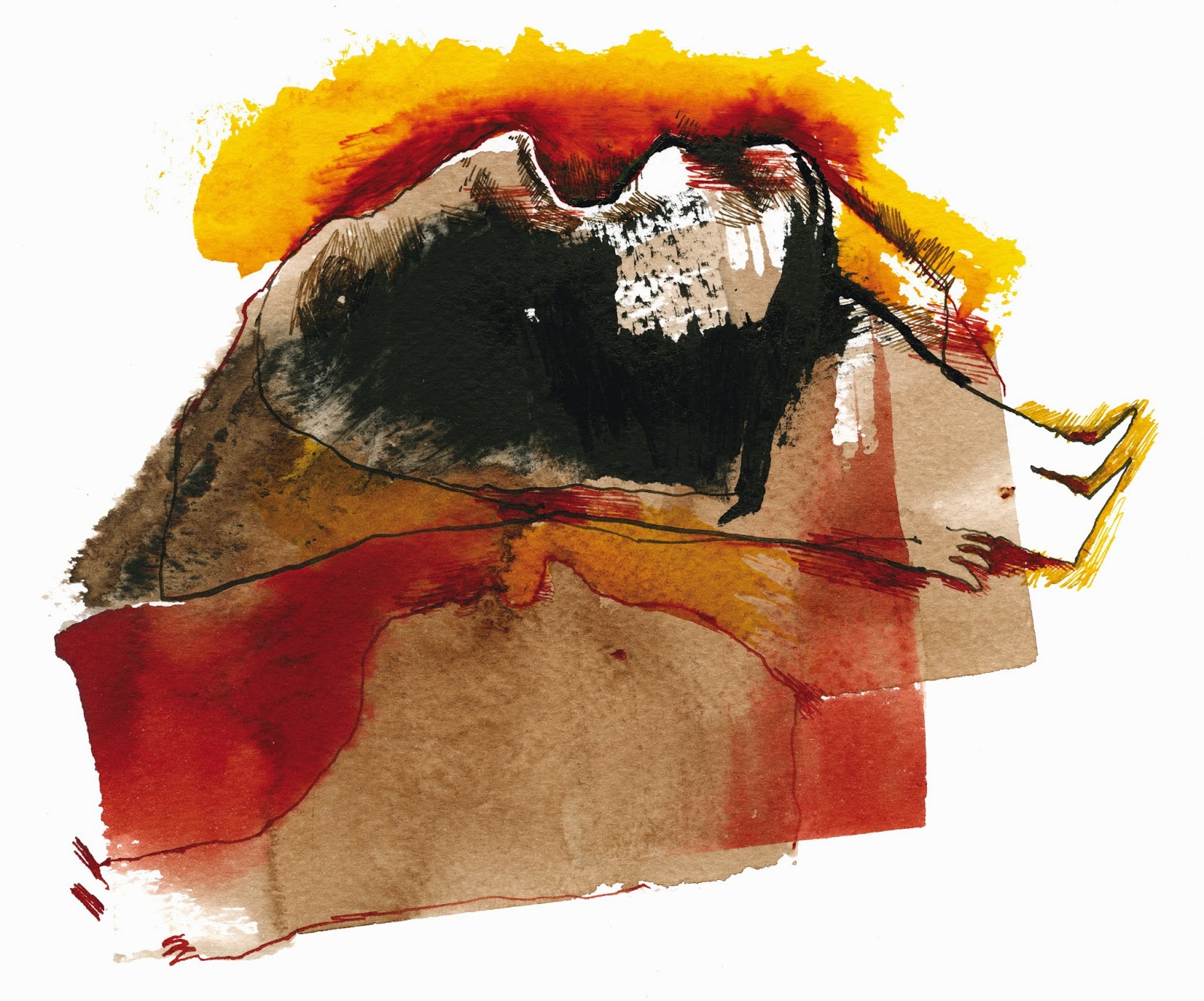 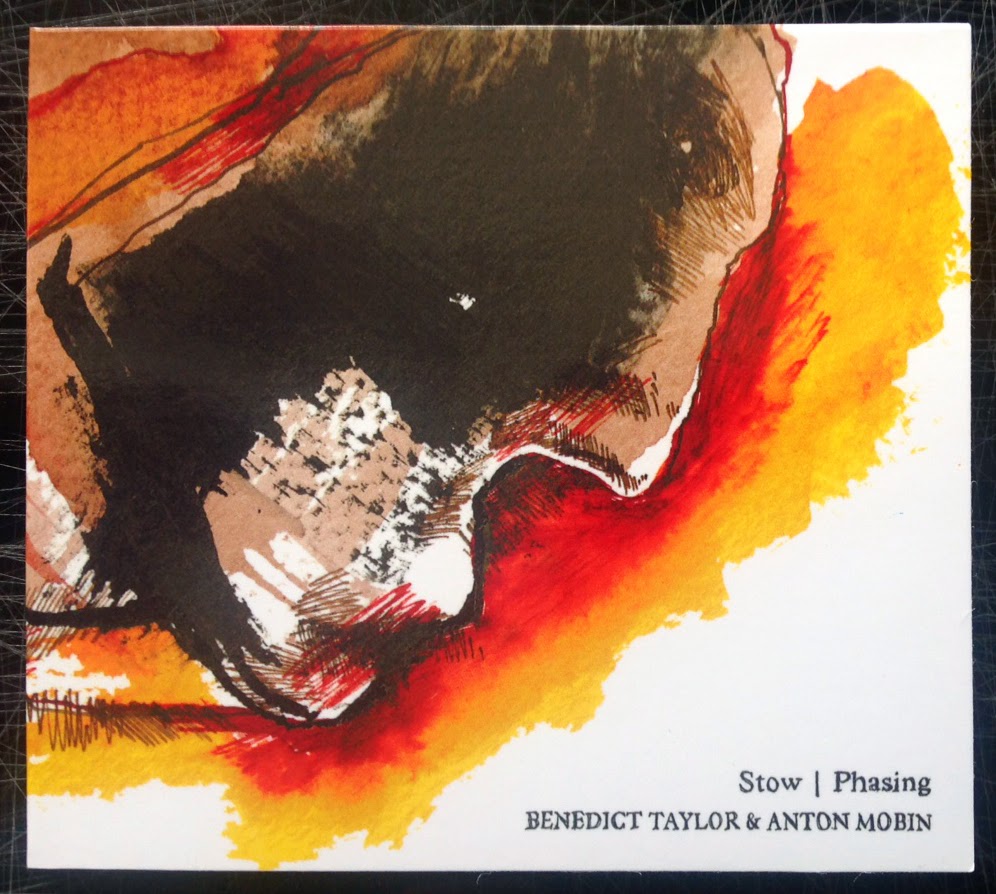 Artwork and letters by Ambre 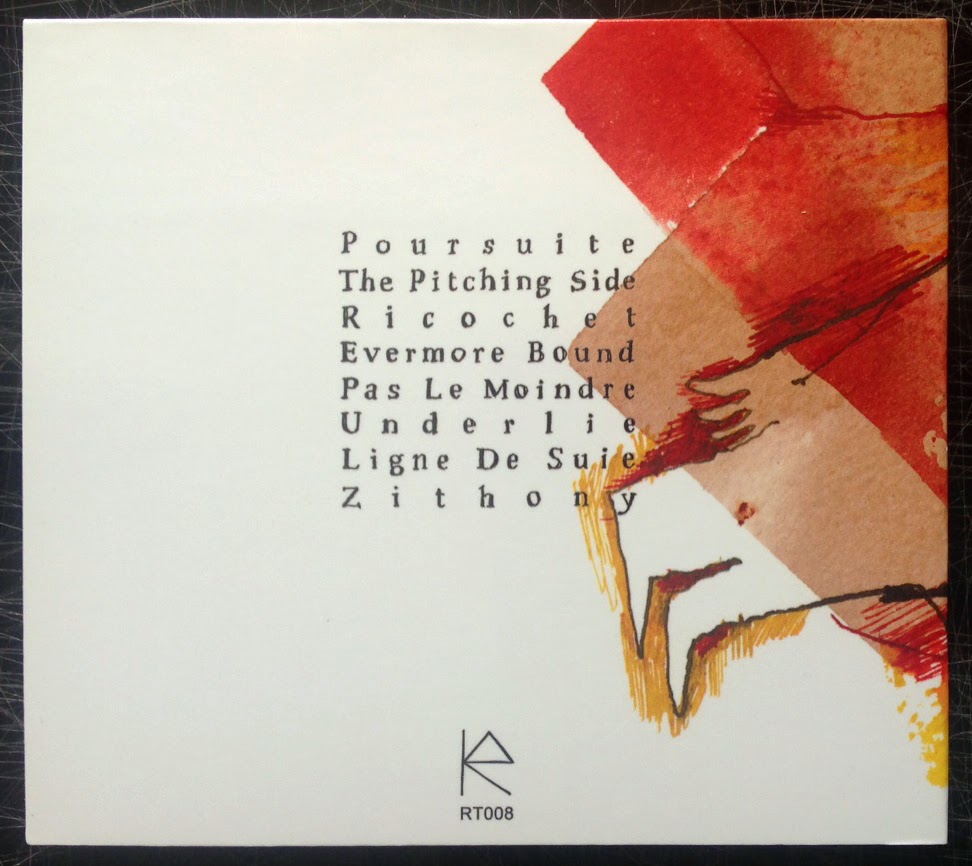 press release
Stow | Phasing is the debut release by the unique London/Paris based duo of Benedict Taylor and Anton Mobin.
Recorded over three days in Paris, Stow | Phasing is a thoughtful and highly detailed document from two master improvisers.

Mobin and Taylor met at the infamous London improv night ‘Boat Ting’ in 2012, and following a series of concerts arranged the recording sessions for Stow | Phasing in 2013. The sessions involved equal amounts of playing, listening, discussion, dissection. As a result, over the course of eight tracks, Taylor and Mobin explore the textural limits of their respective instruments - Viola and Prepared Chambers.

The Viola is an instrument steeped in centuries of classical music tradition. Benedict Taylor is a musician who has torn the instrument from these roots and become one of the leading violists in new & improvised music, working with heavyweights including Evan Parker, Keith Tippett, Steve Beresford, Terry Day and Alex Ward.

The antithesis of this is Anton Mobin. Resolutely committed to the DIY ethic, Mobin performs on ‘Prepared Chamber’ – an instrument he has developed himself over the last six years. Mobin has worked intensively to develop his own technique and vocabulary for manipulating the metallic objects contained within the Prepared Chamber, which has led to him becoming a key figure on the Parisian experimental music scene.
In Stow | Phasing, Mobin and Taylor have created a fascinating, and intimate dialogue between their disparate but ultimately complementary instruments. 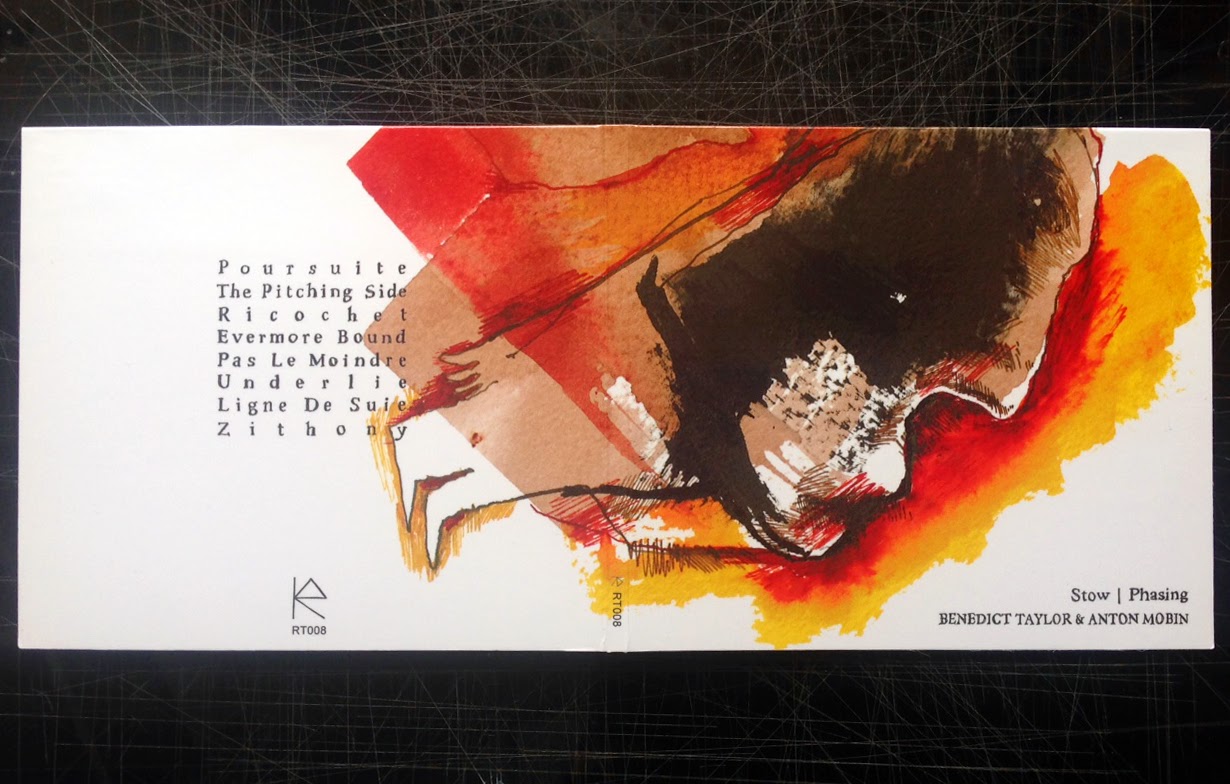 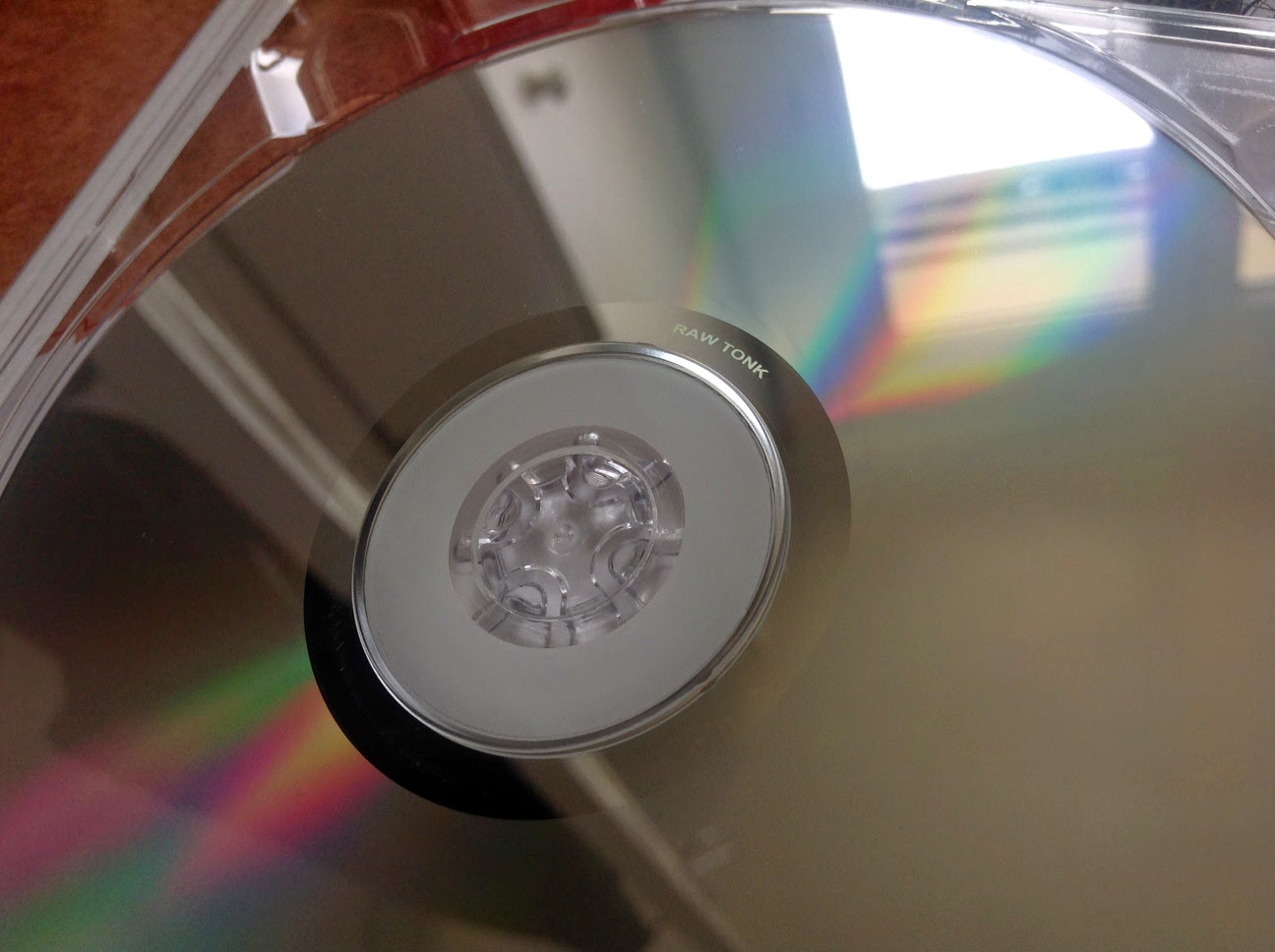 Many thanks to Colin Webster for the support and the meticulous work on our dear project ! 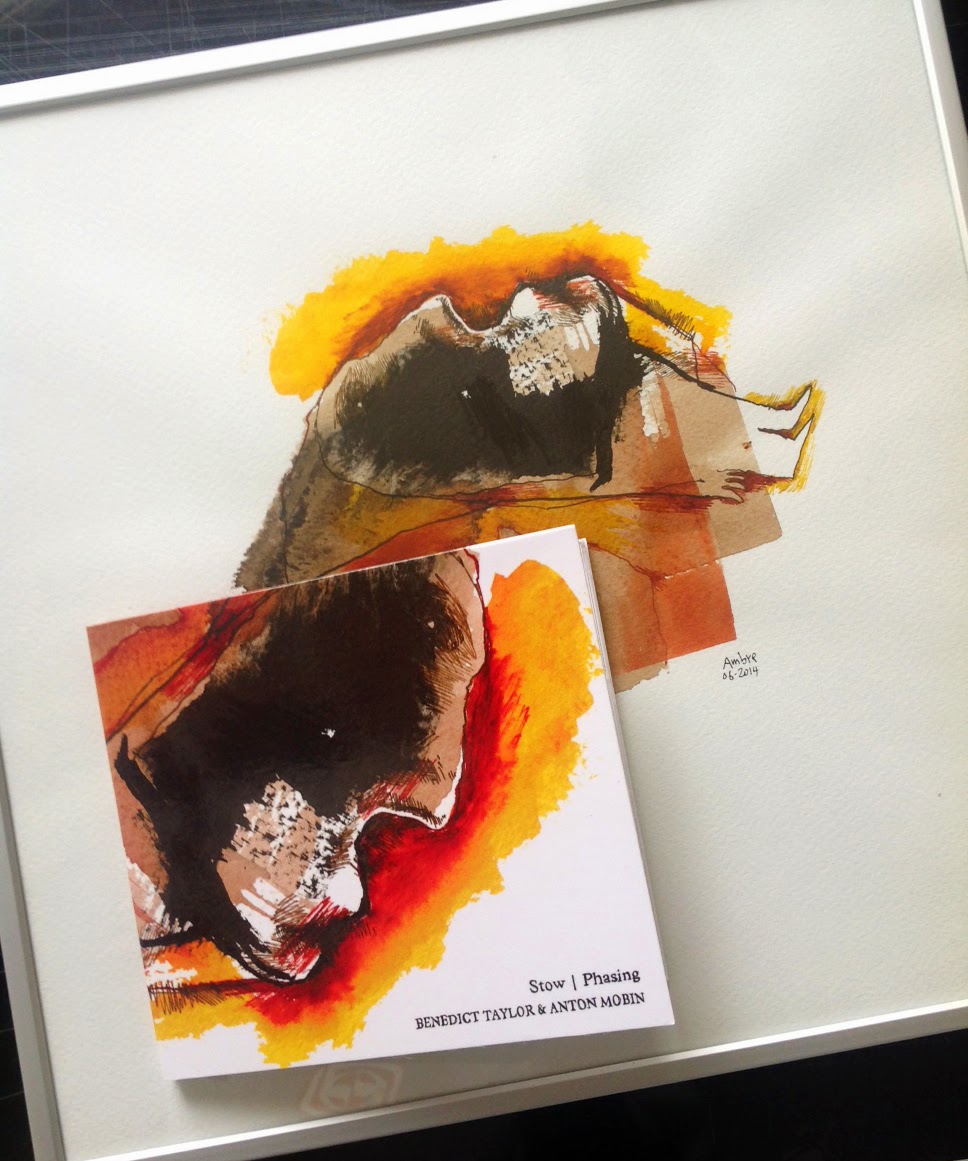 ... and big thanks to Ambre for the great artwork !
Publié par Anton Mobin