TRY TO CRAWL OUT OF IT 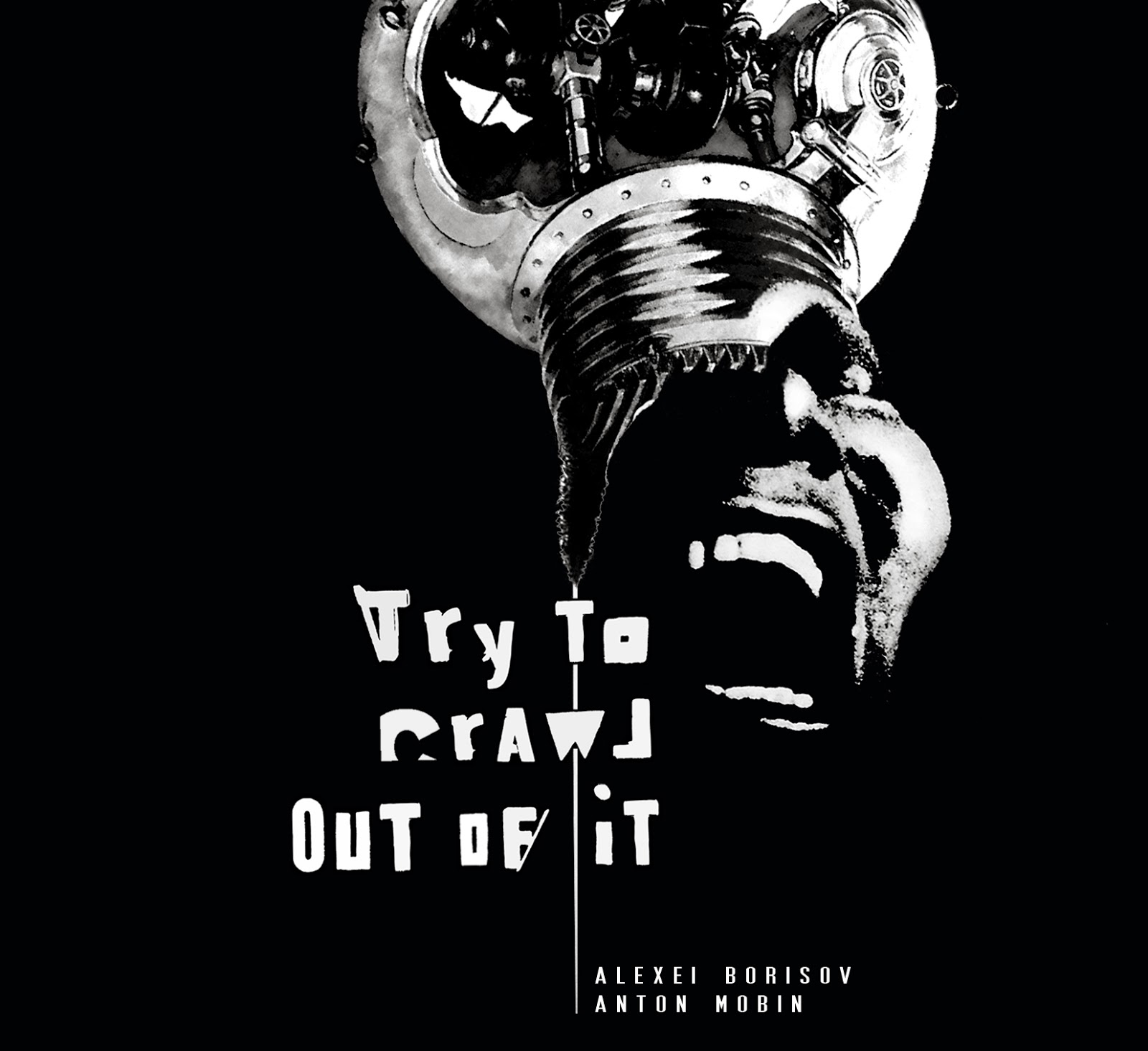 Alexei Borisov and Anton Mobin met in Paris in 2009 with their duets (Astma & Crash Duo) and have been working together since that first concert, published on H.A.K. Lo-Fi Record. At each passage of Alexei in Paris, collaborations start again and take different forms: common organization of concert, live sessions broadcasted on Radio Libertaire or on the webradio KKWNE, also the trio project with Olga Nosova, as evidenced the album "Manifeste des 22" recorded live in Trashvortex and published by the Italian label Lonktaar.

In March 2013, Alexei Borisov and Anton Mobin decided to join their forces and ideas in studio to record “Try To Crawl Out Of It”, their first opus operated in duo published in 2014 by the Polish label Mathka with the precious support of Marcin Barski !

On a number of occasions I reviewed something that involved the work of Anton Mobin, but it's still a bit unclear who he is and what he does. I believe he is from the scene around Staalplaat and more specially Rinus van Alebeek and the current cassette posse from Berlin, even when he lives in Paris. Cassettes not only used as a carrier of sound to purchase as a retail customer, but also as an instrument. In 2009 he met with Alexei Borisov from Russia in Paris when their duos played the same night - Astma in the case of Borisov and Crash Duo in Mobin's case. Every time Borisov is in Paris they work together on new music, sometimes involving Olga Mosova, Astma's other half. In March 2013 Borisov and Mobin did a more formal recording in a studio in Paris, of which 'Try To Crawl Out Of It' is the result. Mobin takes credit for just cassettes and Borisov for electronics, voice and Dictaphone. The music is created through improvisation and then edited and mixed together, I think. There are nine pieces here, with a total playing time of forty-three minutes. I am not sure how that works in the recording process - do they stop every five or so minutes and then start a new piece? Or do they play for x amount of hours and cut the best bits as separate pieces? - But the result, and that's what counts, works pretty well. It's partly noise based, but it never is about playing as loud as possible for as long as possible. These two men rather apply collage techniques in their playing with sounds popping up and disappearing as easily - or so it seems - with occasional long form sustaining sounds at the bottom of it all, providing the paper and glue for these collages to stick on. It's noise that is created with some consideration. Not just when playing it, but also when mixing these pieces together. The listener is supposed to enjoy this, and this listener surely does. An intelligent noise release, along the lines of Astma, _Sec or Jerome Noetinger: if any of these names mean anything to you, then this should not be missed. (FdW)