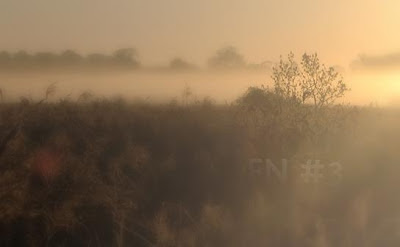 Traces begins with Tom Lawrence’s fascinating and soon unsettling insights into Ireland’s largest wetland Pollardstown Fen and its ongoing destruction through men. Furthermore he describes his elaborate attempt to record the fen’s rich world of water beetles and talks about the startling discoveries he’s made. ♦ Regarding the question ‘Phonography: Art or Documentation?’ sculptor Scott Sherk examines the history of photography and its parallels to the developing world of phonography via selected historical imagery. ♦ From moments of excited listening in his childhood Jim Cummings carries us to the founding of his label EarthEar and his eventual step into scientific fields with the Acoustic Ecology Institute. ♦ ‘Something which lasts, passes by’ is Marcus Kürten’s diverse and diverting collection of (mostly) joyous hearing memories from 36 sound artists’ childhood days. ♦ Researcher Hein Schoer grants insight into his cultural soundscape project The Sounding Museum and the formation and reception of his soundscape composition Two Weeks in Alert Bay. ♦ The magazine closes with Budhaditya Chattopadhyay’s 3-monthlong hearing and recording journey through the sound-world of Bangalore – sharing his experiences, discoveries and thoughts.

A few months ago, Marcu Kürten asked me to participate to his project curated for Gruenrekorder.
Marcus asked me to tell a sonic memory from my childhood, which could be able to be transcribed by onomatopoeia. I choose a very trivial and personal story when i was young, living with my family in the country side of the center of France.

Here, my contribution for ‘Something Which Lasts Passes By’ – A Collection of Hearing Memories

Up to the age of 16 years, I lived with my parents in the coun- tryside in the centre of France, in a small village called Huisseau-sur-Mauves. My parents had built a wooden house, typical of the Canadian houses. Our house was in the middle of nowhere; in the fields, near a wood and close to the river Les Mauves. My room and that of my parents had a party wall, and it is from this partition that these small sounds resulted. I paid a great deal of attention to these strange and very precise sounds a few centimeters away from my bed. They rocked me. It is the mice who nibble at the wall composed of wood and patches in plaster. To dissipate them my father knocked with the fist on the wall. When I did not hear any knocking anymore, it means my parents had fallen asleep...

Really a great pleasure, first to participate to Marcus's idea and honoured to be part of this Third Field Notes. Marcus is probably the first person, with Marco Medkour, who trust in my soundworks, when they decided to release two opus of mine years ago on Konkretourist netlabel.

Field Notes is a free bi-lingual magazine published by the German label Gruenrekorder, edited by Daniel Knef and Lasse-Marc Riek. Generally speaking our magazine is concerned with the phenomenon of sound from the most varied perspectives: artists, musicians, journalists and scientists add to Field Notes with their essays, interviews, travelogues, anecdotes, notes and picture series.